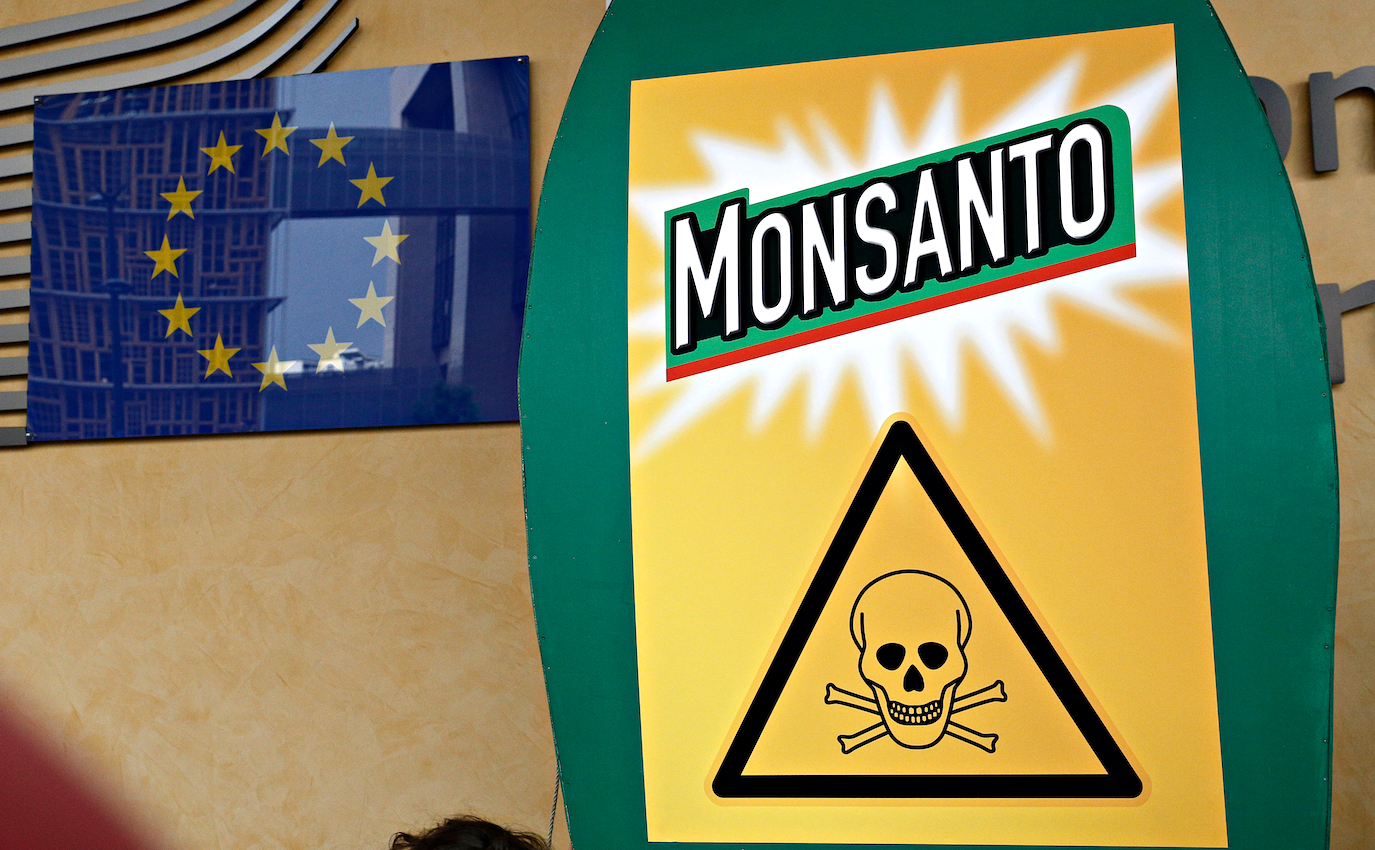 It may be difficult to wrap your head around the fact that the same manufacturer of Agent Orange – a highly toxic herbicide used during the Vietnam era to clear forest and starve opponent soldiers – is also a huge controller of our cotton, corn and soy crops, and seems to be taking over the world.

Founded by a pharmaceutical company agent John F. Queeny, Monsanto has not only created one of the most used herbicides in the world Roundup, but it also formed a manmade seed that learned to survive against its toxic counterpart and overtake the farming industry as we know it. So, one begs the question:  How does a sugar-replacement company turned chemical company become world’s most antipathic corporation?

Monsanto’s parasitic infestation has been something of a slow burn since it’s 1901 saccharin introduction, an artificial sweetener that was quickly met with resistance from the USDA. In 1907, they found that replacing sugar with saccharin violates the Pure Food and Drug Act, a consumer protection law. Theodore Roosevelt (who enjoyed saccharin) fought against this investigation, which, in turn, set the wheels in motion for Monsanto’s origins.

However, in 1911, the USDA determined that saccharin violated it’s pure food protection; once again, it worked to ban the alternative sweetener. When World War I began in 1914, it brought sugar shortages; so, saccharin was reintroduced to the market. With the expansion of their line to include caffeine and vanillin, Monsanto rose to be a million dollar company and garnered Coca-Cola as their top customer.

In time, the company became the nation’s top producer of aspirin, and the torch was passed to John F.’s son, Edgar M. Queeny, who took over and decided to enlarge the company mission. They renamed their brand:  Monsanto Chemical Company in 1933 and again proved to be a huge resource during wartime, now in World War II, for their production of styrene. During this period, Japan had taken over most rubber plantations in Asia and used this to their advantage by restricting exports to the United States. Monsanto Chemical Company created styrene, which would soon aid in the country’s own synthetic rubber production. Of course, keeping to their theme, styrene has been observed to cause major health risks – but was ignored due to a high market demand.

Once more, the business rebranded to Monsanto Company in an attempt to showcase their variety of offerings and announce one of the most since-publicized herbicides, Agent Orange, for yet another war, this time in Vietnam. 20 years later, war veterans aggregated to settle a lawsuit with Monsanto for the horrible effects of Agent Orange exposure, costing the company a cool $180 million. Regardless of the payout – and a record of 4.8 million people exposed to the herbicide, which caused 400,000 deaths and disfigurements, and birth defects in 500,000 babies – Monsanto refused to accept responsibility. This marked a significant theme in Monsanto’s subversive character.

They say that “All roads lead to Rome,” and this was certainly the case with Monsanto’s corporate infrastructure. In 2003, their subsidiary company Solutia’s corporate plant, located in Anniston, AL., was found by a jury to have polluted the land and water of the southern community with Polychlorinated biphenyls (PCBs). The state found PCBs to be linked to cancer, immune system problems and other severe health issues. Monsanto and Solutia agreed to pay $700 million to settle claims for the 20,000 Anniston residents of PCB contamination; Solutia personally filed for bankruptcy thereafter. Unfortunately, the damage didn’t stop in Anniston, as PCB pollution was subsequently found in San Diego and San Jose, CA., Westport, MA., and Spokane, WA. In the Spokane River, in particular, there are still 13 active fish consumption advisories related to PCBs, and more than 600 suspected or confirmed contamination sites across the state of Washington from Seattle’s Puget Sound to the Wenatchee River.

Monsanto Company then began to shift gears and started focusing on agricultural endeavors. After undergoing years of regulatory review, they commenced commercial production on a hormone known as BST, which was to be injected into dairy cows to boost milk production. This was also around the time that Roundup Ready Seeds came into play, genetically engineered to survive against the company’s best-selling Roundup herbicide. To save face, the corporation provided a new image, citing that they were helping people “lead longer, healthier lives, at costs that they and their nations can afford and without continued environmental degradation.” Irrespective of their marketing ploys, scientists later discovered that they were doing the exact opposite with their genetically modified maize and herbicide – both found to be have caused tumors and organ damage.

As a rule, there’s a huge power struggle between Monsanto and small farmers whose crops have been overtaken by the company’s seeds through cross-pollination. No matter how much the farmers fight against this contamination, the genetically modified seeds are stronger than any heirloom seeds on the market. To make matters worse, Monsanto has taken advantage of this by embarking on a nationwide scurge on these mom and pop farmers, who are unintentionally growing their GMO seeds, suing them for infringement on their patent. Sadly, such small agriculturists don’t have the wherewithal to defend themselves and ultimately lose to this relentless corporate machine.

On the upside, there have been many isolated uprisings in more recent years. In 2014, the Natural Resources Defense Council (NRDC) began a petition for the EPA to review its rules for glyphosate use, the active herbicide in Roundup, and the connection it has with plummeting numbers of monarch butterflies and honeybees, which have now both become endangered species. Yet, like a wolf in sheep’s clothing, Monsanto continues to dive deeper into its “environmental sustainability” façade – claiming that they are restoring the monarch’s habitats.

Fast forward to this year, implementation for GMO Labeling is set to start in July, companies like Non-GMO project have grown exponentially to give clairvoyance within food production, and hundreds of lawsuits have been sought against Monsanto for the cancer-causing effects of Roundup. Likewise, many documentaries have come to light, giving us a clearer picture of the proverbial beast on our back named Monsanto. Collectively, all of these are steps in the right direction of making smarter food choices and supporting local, organic farmers instead of mass marketed corporate byproducts.

Lo and behold, Monsanto was recently acquired by Bayer, another behemoth corporation whose products have been in question for years on end. And, though it probably goes without saying here, two wrongs definitely don’t make a right. It’s paramount to not be fooled by Monsanto’s pretty propaganda and false messages of sustainability – this is a company that will be remembered throughout history for taking a part in destroying our environment, creating major health dilemmas and having keen knack for pulling the wool over our eyes about it. To quote the great author and activist Michael Pollan, “If it came from a plant, eat it. If was made in a plant, don’t.”