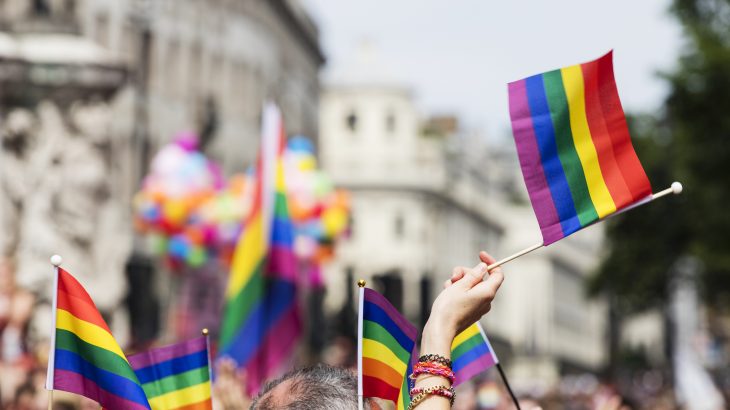 A lack of empathy and strict adherence to certain moral codes may explain why some people are more likely to discriminate against gay and transgender people and support discriminatory policies, according to a new study.

Researchers from Appalachian State University and Florida University set out to see how moral values impact discrimination given that so many arguments surrounding discriminatory policies are grounded in opposing moral beliefs.

The study was published in the Journal of Experimental Psychology: General.

The researchers conducted five experiments involving around 1,100 participants in total that compared the moral values of sanctity, a strict adherence to purity rules, and care which has to do with empathy and the disapproval of any acts or behaviors that cause harm without just cause.

Those participants who valued sanctity were more likely discriminate and support harmful policies as well as believe that transgender people, sex workers, and people with AIDS were less than human.

“The belief that a person is no better than an animal can become a justification for tolerating and causing harm,” said Ashby Plant, a co-author of the study. “When we believe that someone lacks self-control and discipline, we may make moral judgments about their life choices and behaviors, which can lead down a dark path of discrimination and hate.”

On the opposite of the spectrum, people who valued care seemed to show more compassion and support for the LGBTQ community.

In the experiments, people were asked to rate their moral values and fill out questionnaires about different marginalized people in society.

For example, people in the first experiment were asked to read short descriptions about a gay man, a man with AIDS, an African-American man, an obese man, and a white man and then fill out surveys about their thoughts on the men’s mental states.

“We found that people who placed more value on sanctity were more likely to believe that the gay man and man with AIDS had less rational minds than the obese, African-American or white men,” said Andrew E. Monroe, a lead author of the study.

Another experiment examined political affiliation and its relation to discrimination. In that experiment, liberals and conservatives were asked the same questions as the first experiment but were also asked about prejudice and public policies.

Liberals were more likely to value care and fairness, and people who valued sanctity had more prejudice against the descriptions of the man with AIDS and the man who was gay compared to the other men.

The third experiment focused specifically on transgender people, and the results showed that people who valued care were less likely to support harmful public policies that target transgender individuals.

All in all the experiments had the same results, people who valued sanctity were more likely to discriminate against the LGBTQ community as opposed to people who valued care, but the fifth experiment seemed to show that moral values are somewhat flexible and can be changed.

For the fifth experiment, participants were first asked to listen to either a radio clip about safe spaces for people of color or a news segment about Brexit.

After listening to the clips, the participants were asked to rate their moral values and evaluate a transgender woman, a gay man, and a white man and say whether they were in support of three public policies aimed at helping or harming gay and transgender individuals.

“Our study suggests that a person’s moral values can be altered, at least temporarily, and that highlighting certain values, like caring, can be an effective way to combat prejudice,” said Monroe. “We hope that by showing the moral roots of bias and discrimination against sexual and gender minorities we encourage others to conduct further research to increase equity and inclusion.”