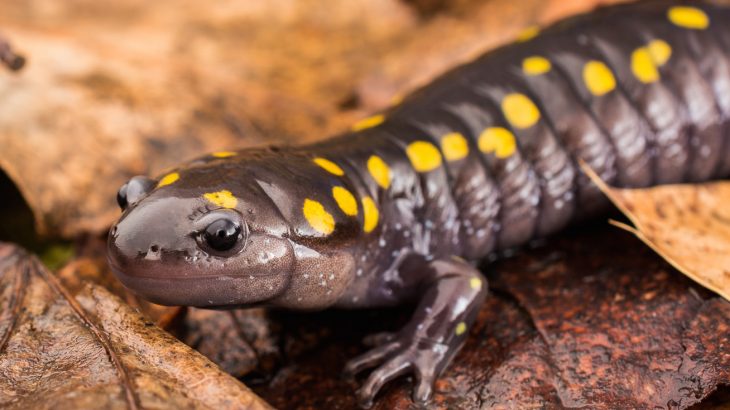 A new study has revealed that insect repellents containing picaridin are potentially lethal to salamanders. For the first time, the researchers have found that the presence of these repellents in surface waters are actually increasing the numbers of adult mosquitoes by killing off salamanders, which provide mosquito control by feeding on the larvae.

Insect repellents are developed to defend against mosquito-borne diseases like dengue, Zika, and West Nile virus. The researchers set out to investigate the impact of two common insect repellents on salamander and mosquito larvae.

“Use of insect repellent is on the rise globally,” said Rosi. “Chemicals in repellents enter aquatic ecosystems through sewage effluent and are now common in surface waters. We set out to understand the impact of repellent pollution on both larval mosquitoes and the larval salamanders that prey on them.”

“The concentrations in our experiments are conservative; we prepared them based on unadulterated commercial formulations, not concentrations of pure active compounds,” said Rosi.

The mosquito larvae were not affected by the treatments and matured without any limitations. However, after four days of exposure to the repellent with picaridin, salamanders began to display signs of impaired development such as tail deformities. By day 25, between 45 and 65 percent of salamander larvae exposed to picaridin died.

“The expediency of salamander mortality was disconcerting. When studying the effects of a chemical on an amphibian, we usually look for a suite of abnormalities. We couldn’t collect these data because the salamanders died so quickly.”

Standard tests known as LC50 tests are used to define a chemical’s environmental toxicity. Based on one life stage of a single species, these tests measure how long it takes for half of a test population to die with increasing exposure to a chemical over four days.

Study co-author Alexander Reisinger is an assistant professor at University of Florida, Gainesville.

“We observed heavy salamander mortality with picaridin, but not until after the fourth day of exposure. By the LC50 measure, picaridin would be deemed ‘safe,’ but clearly, this is not the case. If a substance doesn’t kill organisms within the first few days of exposure, it can still be toxic and have ecological impacts,” explained Professor Reisinger.

Study lead author Rafael Almeida is a postdoctoral researcher at Cornell University who conducted the research as a visiting PhD student at the Cary Institute.

“The amount of repellents entering waterways peaks seasonally. If amphibians are exposed during a sensitive life stage, entire cohorts could perish. The population would not have a chance to recover until the following year. Meanwhile, mosquitoes would continue to reproduce. It suggests a negative feedback loop,” said Almeida.

“The effects of repellents containing DEET and picaridin need to be studied further to determine the extent to which these chemicals disrupt aquatic ecosystems and potentially increase mosquito-borne disease risk worldwide.”