Moth with the longest tongue of any insect is a new species • Earth.com 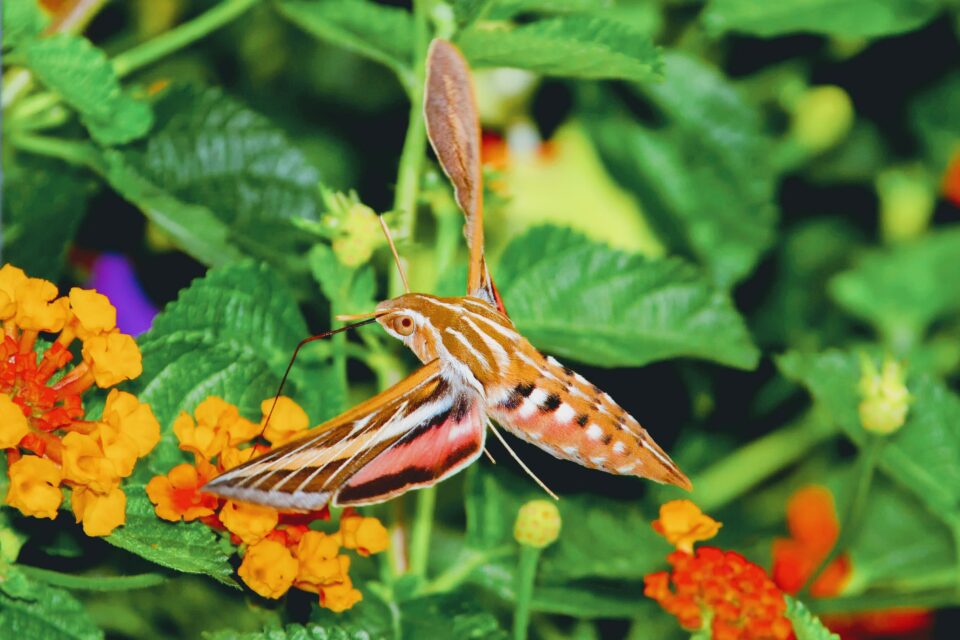 A species of hawkmoth from Madagascar, whose existence was predicted by Charles Darwin and Alfred Russel Wallace in the 19th century, has recently been recognized as a new species. Known as Wallace’s sphinx moth, the unique creature is considered to have the longest tongue of any insect, measuring up to 30 centimeters. The moth is the only insect that can reach the bottom of the nectar tubes of Madagascar’s star orchid.

In 1862, when Charles Darwin first saw the Madagascan orchid, he speculated that it would take a moth with an extremely long tongue to reach the nectar from the orchid’s tubes. Five years later, Alfred Lord Wallace predicted that this creature would be similar to an already known African hawkmoth with a long proboscis.

Both Darwin and Wallace were proven right when the moth that pollinated these orchids was finally discovered in 1902. Scientists initially categorized it as a subspecies of Morgan’s sphinx moth from the genus Xanthopan (the same one the African hawkmoth also belongs to).

However, a research team led by Joël Minet, a professor of Entomology at Institut de Systématique, Évolution, Biodiversité (ISYEB), has recently found, through examining its physical and genetic differences, that the Madagascan moth is in fact not a subspecies of Morgan’s sphinx moth, but rather a species on its own, which they named Xanthopan praedicta (in the honor of the fact that Darwin and Wallace predicted its existence).

“The taxonomic change we now propose finally gives long-deserved recognition, at the species level, to one of the most celebrated of all Malagasy endemics,” said study co-author Dr. David Lees, a curator of moths at the Natural History Museum.

“Imagine my excitement as I unrolled and measured the proboscis of a male Xanthopan in the Madagascan rainforest, realizing that it was probably the global record holder,” said Dr. Lees.

The study is published in the journal Antenor.