Mount Tambora eruption led to the ‘year without summer’ in 1816 • Earth.com 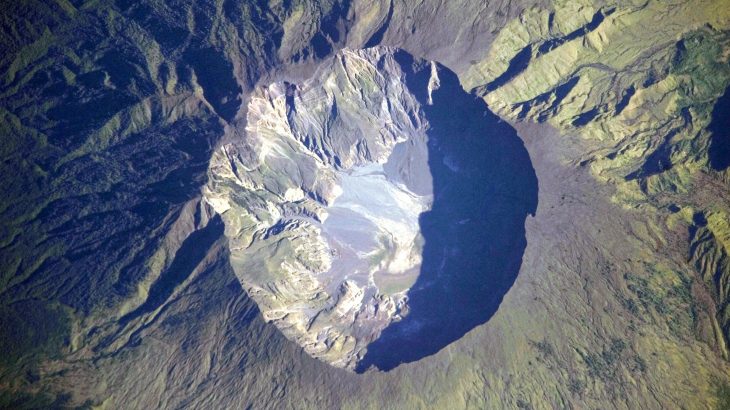 Mount Tambora eruption led to the ‘year without summer’ in 1816

For the first time, researchers have estimated how the eruption of Mount Tambora influenced the European “year without a summer” in 1816. The study revealed that the summer’s unusually cold conditions would have been nearly impossible without the eruption, which also increased the likelihood of precipitation.

“Mount Tambora played a dominant role in causing the observed cold conditions, and probably also contributed to the anomalously wet conditions. Without volcanic forcing, it is less likely to have been as wet and highly unlikely to have been as cold,” explained study lead author Dr. Andrew Schurer from the University of Edinburgh.

Across the globe, exceptionally low temperatures were recorded in 1816. This weather pattern was particularly pronounced in central and western Europe, where unseasonable weather led to widespread agricultural failures and famines.

As early as 1913, experts theorized that the extreme climate change was linked to the 1815 eruption of Mount Tambora. Using historical data and advanced modeling techniques, Dr. Schurer’s team has estimated the widespread impact of the eruption.

“The eruption of Mount Tambora in April 1815 was among the most explosive of the last millennium. It had an enormous impact locally, devastating the island of Sumbawa. The eruption injected a huge amount of sulphur dioxide (SO2) into the stratosphere, which would have quickly spread across the world, oxidising to form sulphate aerosols,” explained Dr. Schurer.

“These volcanic aerosols reduce net shortwave radiation causing widespread, long lasting surface cooling. They also lead to a reduction in global rainfall, while wettening some dry regions, and causing dynamic changes in the large-scale circulation of both ocean and atmosphere.”

The research team used early instrumental data and modern climate simulations from two different models to conduct an event attribution analysis. The goal was to determine if, and how much, the volcanic forcing affected the probability of cold and wet conditions in 1816.

The findings show that the circulation state of the ocean and atmosphere could have been responsible for the high levels of precipitation without external forcing, but only explain about a quarter of the cold conditions.

“Including volcanic forcing in climate models can account for the cooling, and we estimate it increases the likelihood of the extremely cold temperatures by up to 100 times,” said Dr. Schurer.

“Although the observed sea-level pressure pattern can account for much of the observed anomalously wet conditions, even without volcanic forcing, there is strong evidence in the model simulations that the volcanic eruption increases the chance of such a wet summer over Central Europe, by about 1.5 to three times.”