Mountain formation led to an explosion in plant diversity  • Earth.com 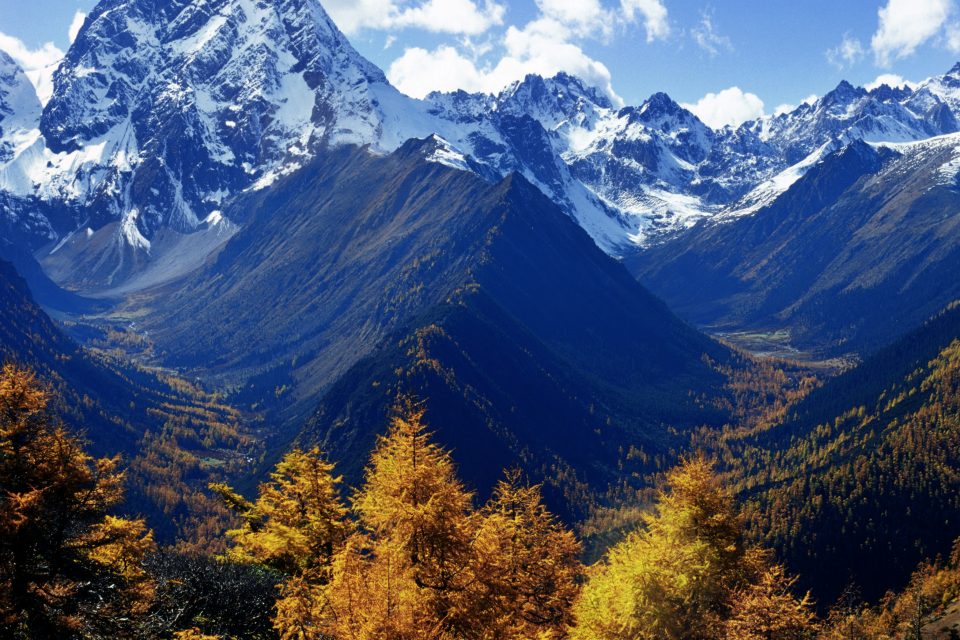 Mountain formation led to an explosion in plant diversity

The remarkable diversity of plants and trees surrounding the Tibetan Plateau can be traced back 30 million years to the formation of new mountain ranges followed by intense monsoons, according to a new study published by AAAS. The research highlights the major role that climate change plays in shaping life on Earth.

“This paper addresses the fundamental question of why there are so many species in some parts of the world and not others,” said Ree. “The formation of this very species-rich community was fueled by ancient mountain-building and then subsequent effects of the monsoon. The biodiversity that we see today has been profoundly shaped by geology and climate.”

The study was on plants growing in the higher elevations of the Hengduan Mountains in southwestern China.

“It’s an incredibly interesting part of the world, it’s a relatively small area that harbors one-third of all the plant species in China,” said Ree. “In the Hengduan Mountains, you can see coniferous forests, rushing glacial streams, craggy valleys, and meadows just teeming with wildflowers.”

Ree noted that some of the flowers in this region may be familiar to Western gardeners, including rhododendrons and delphiniums.

The team set out to investigate the distribution and evolution of plants in the alpine regions of the Hengduan Mountains, the Himalayan Mountains, and the Qinghai-Tibet Plateau.

The experts used DNA samples and fossil evidence to assemble the family trees of the plants, going back tens of millions of years.

The researchers compared the DNA of different plant species to  determine how closely related they were to each other and when they evolved. The experts found that many of the plants first appeared in the Hengduan Mountains.

As the Indian tectonic plate collided with Asia and gradually created mountains, new habitats developed on the slopes and in the valleys below. Mountain formation also led to more intense monsoons.

“The combined effect of mountain-building and monsoons was like pouring jet fuel onto this flame of species origination,” said Ree. “The monsoon wasn’t simply giving more water for plants to grow, it had this huge role in creating a more rugged topography. It caused erosion, resulting in deeper valleys and more incised mountain ranges.”

“The theory is, if you increase the ruggedness of a landscape, you’re more likely to have populations restricted in their movement because it’s harder to cross a deeper valley than a shallow valley. So any time you start increasing the patchiness and barriers between populations, you expect evolution to accelerate.”

This is exactly what the team found in the genetic family tree: as the landscape grew more rugged over time, isolated populations of plants veered off into their own separate species, resulting in the biodiversity we see today.

According to Ree, the research has implications for a better understanding of the climate change that Earth is currently experiencing.

“This study sheds light on the conditions under which we get rich versus poor biodiversity,” said Ree. “Mountain ecosystems tend to be very sensitive to things like global warming, because the organisms that live there are dependent on a tight range of elevation and temperature.”