Just the illusion of multitasking can boost performance • Earth.com 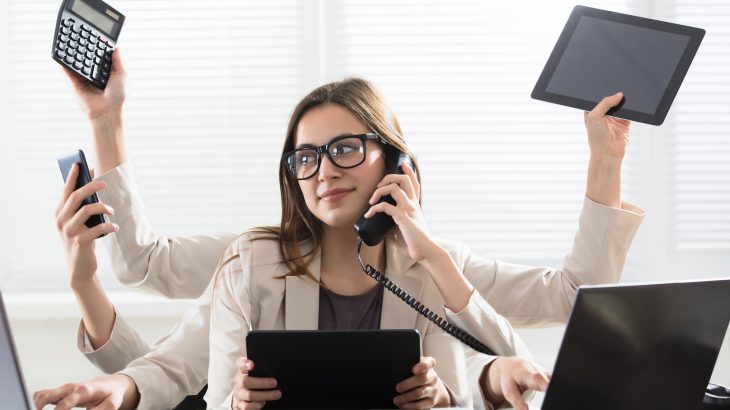 Just the illusion of multitasking can boost performance

It can be difficult to focus on one single task without letting your mind wander to all the other items on your to-do list.

Studies have shown that trying to do multiple projects at once impacts our ability to complete a job efficiently, however just thinking about multitasking may actually help improve focus.

Researchers from the University of Michigan discovered that just the illusion of multitasking improves performance and the ability to complete a task because people are more engaged when they think are doing multiple jobs at once.

A study detailing these new findings was published in the journal Psychological Science.

First, the researchers set up 30 experiments to test how well people performed a set of tasks.

For one of the experiments, over 160 participants were asked to watch an educational video and transcribe notes as they watched.

Members of the multitasking group performed better than the other group. Participants who thought they were multitasking wrote down more words and had better scores after taking a comprehension quiz.

In another experiment, participants were asked to take notes online and again, those that thought they were doing two tasks at once were able to write more words than those who were doing a single task.

A third study involved puzzles, and the researchers had participants solve multiple word puzzles at the same time.

The results were similar to the other experiments as participants who thought they were part of two different studies performed better and solved more puzzles.

Eye-tracking technology used during the experiments showed that participants who thought they were multi-tasking were also more focused and engaged in the tasks.

“We might perceive sitting in a meeting as a single task, but we may actually be engaged in two tasks – listening to the person speaking and taking notes,” Shalena Srna, the leader of the study, told the Daily Mail. “Regardless of whether people actually engage in a single task or multiple tasks, making them perceive this activity as multitasking is beneficial to performance.”