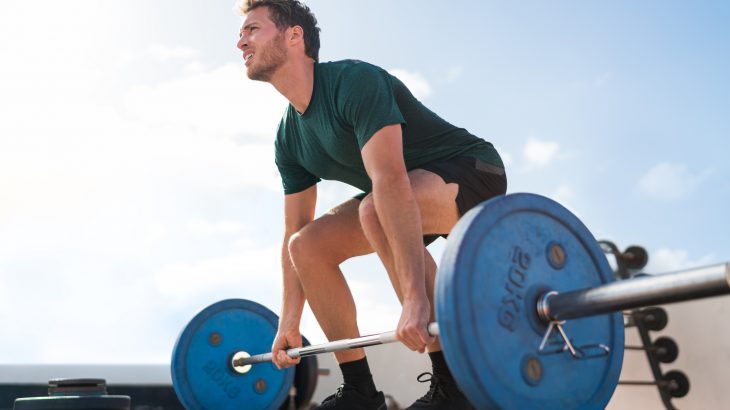 In the process of rehabbing an injury or attempting to improve athletic performance, biofeedback could be an important tool for individuals during their workouts – especially if a trainer or therapist is not available.

By placing sensors on a person’s body, real-time measurements can be provided that help them track their performance.

A new study published in PLOS ONE has found that a real-time, music-based feedback system helped recreational weightlifters improve their deadlift technique.

Researchers from Ghent University in Belgium designed this system equipped with 22 body sensors to lower sound quality of the weightlifter’s music if they were using bad lifting technique. Improving their deadlifting technique would immediately restore the music quality.

For this study, 31 recreational weightlifters were divided into two groups. One group received feedback directly from instructors, while the other group performed deadlifts while receiving the music-based feedback. To simplify the process, only two deadlift technique parameters were analyzed for feedback.

The results showed that both feedback types led to improved deadlift technique, each having similar levels of improvement. Participants also reported similar levels of clarity and enjoyment for both. It’s possible that this type of feedback system could be a beneficial tool for athletes rehabbing from injury or trying to get more out of their workouts.

Future research may delve into the long-term effectiveness of this new system, and the researchers are looking to improve its portability while also adding additional parameters for weight training techniques.