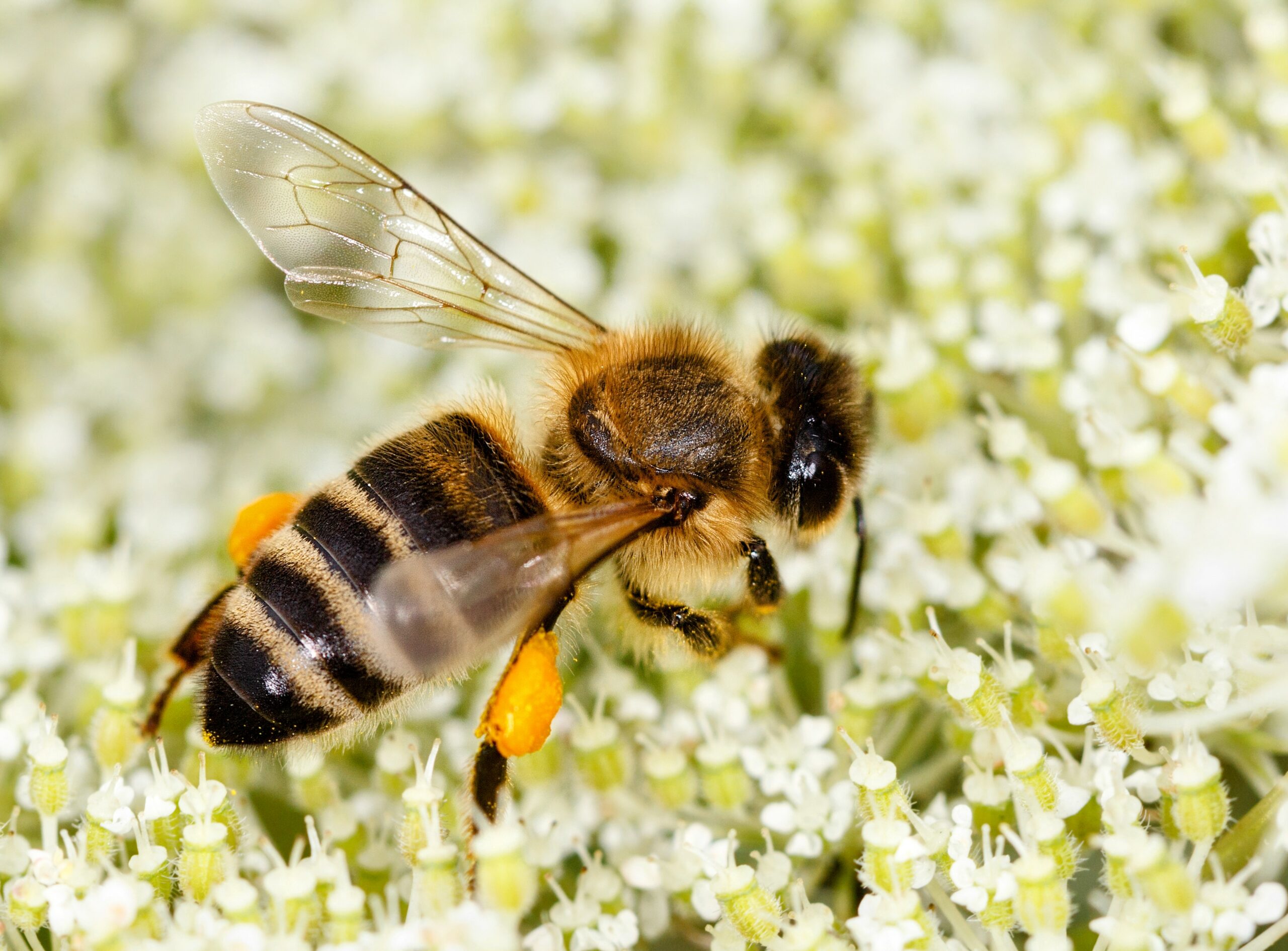 The western honey bee (Apis mellifera) is the most common of the 7–12 different species of honey bees worldwide. It is commercially important as a pollinator of crops and a producer of honey. The geographic origin of the western honey bee has been hotly debated over decades. Some believing in an African origin, while others think it first evolved in Asia.

In new research, led by scientists from York University the genomes of 251 honey bees, from 18 different subspecies, collected in their native ranges, have been sequenced in order to determine the probable geographic origin and pattern of dispersal of honey bees.

The results indicate that an Asian origin – most likely western Asia – is strongly supported by the genetic data. According to this data, the probability of the bees originating within western Asia is 64 to 71 percent. In comparison, the genetic analysis indicates only a six percent chance that western honey bees originated in Africa and a three to six percent chance that they came initially from Europe.

“As one of the world’s most important pollinators, it’s essential to know the origin of the western honey bee to understand its evolution, genetics and how it adapted as it spread,” said study co-author Professor Amro Zayed.

The research also indicates that western honey bees underwent three separate expansion events during their evolution. They expanded into Africa in one event, and also experienced two separate expansions into Europe. This led to the existence of seven geographically and genetically distinct evolutionary lineages traceable back to Western Asia. The adaptive radiation of the honey bees after these expansions has led to the development of the approximately 27 different subspecies of honey bees that are found in the world.

Today, western honey bees inhabit every continent except Antarctica and show a remarkable capacity for surviving in vastly different environments – from tropical rainforests, to near deserts and to temperate regions with cold winters. The researchers were interested in identifying the genes and genetic variation that are associated with honey bee adaptation to these different environments.

They found that the bee genome has several “hotspots” that allowed honey bees to adapt to new environmental conditions. While the bee genome has more than 12,000 genes, only 145 of them had repeated signatures of adaptation associated with the formation of all major honey bee lineages found today. In particular, many of the genes involved in adaptation related to changes in the behavior of worker bees, and the analysis showed that these genes have been under positive selective pressure in the past.

“Our research suggests that a core-set of genes allowed the honey bee to adapt to a diverse set of environmental conditions across its native range by regulating worker and colony behavior,” said York University PhD student Kathleen Dogantzis of the Faculty of Science, who led the research.

“It’s important to understand how locally adapted subspecies and colony-level selection on worker bees, contributes to the fitness and diversity of managed colonies.”

The sequencing of these bee genomes also led to the discovery of two distinct lineages, one in Egypt and another in Madagascar.

The researchers hope their study will finally resolve the debate about the ancestral origins of the western honey bee so that future research can focus on exploring how they adapted to different climates and geographic areas.