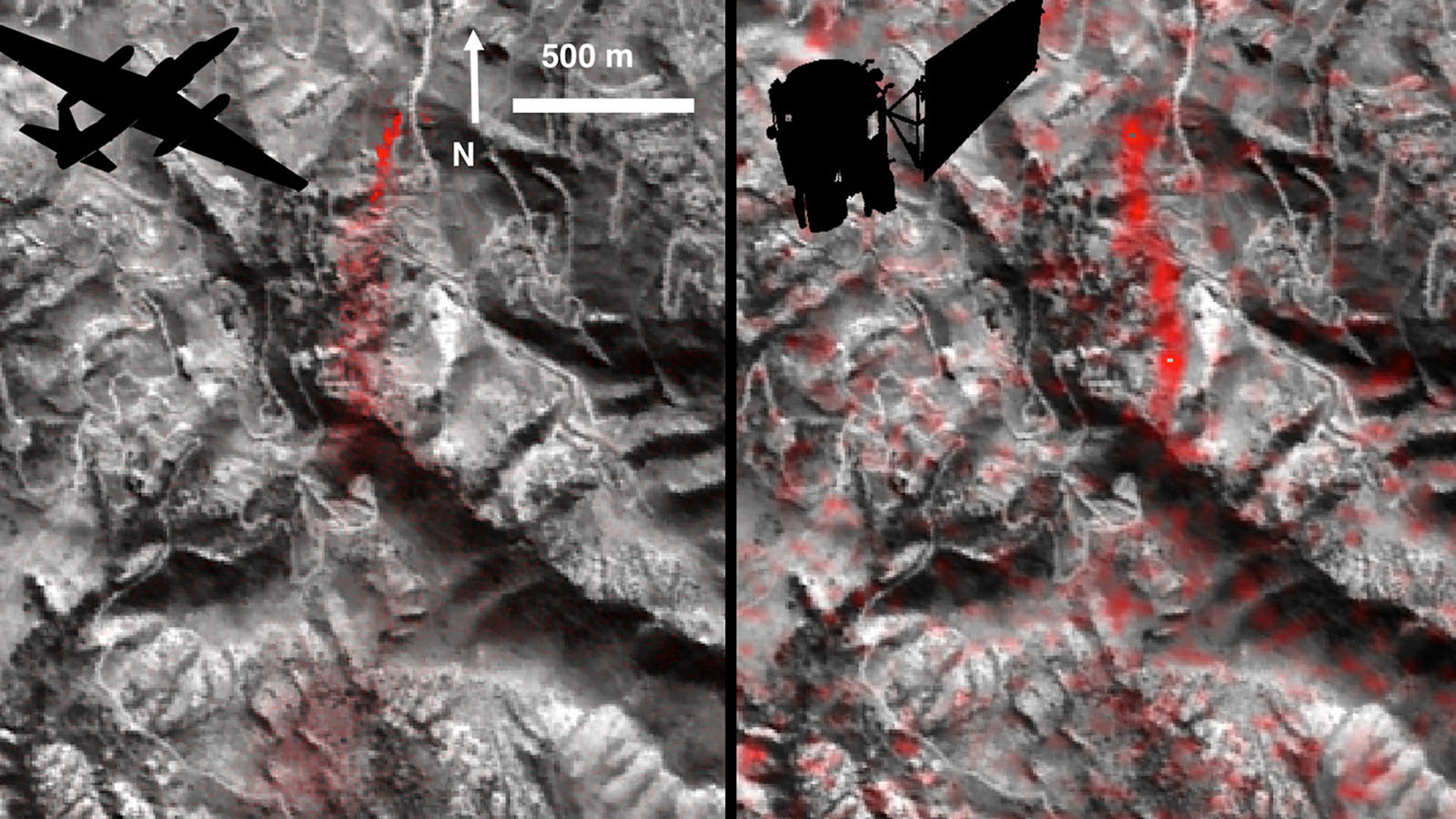 For the first time, an instrument onboard an orbiting spacecraft has measured the methane emissions from a single, specific leaking facility on Earth’s surface. The observation — by the Hyperion spectrometer on NASA’s Earth Observing-1 (EO-1) — is an important breakthrough in our ability to eventually measure and monitor emissions of this potent greenhouse gas from space.

In a new paper accepted for publication in the journal Geophysical Research Letters, a research team with scientist David R. Thompson of NASA’s Jet Propulsion Laboratory, Pasadena, California, detailed the observation, which occurred over Aliso Canyon, near Porter Ranch, California. The Hyperion instrument successfully detected the methane leak on three separate overpasses during the winter of 2015-16. The research was part of an investigation of the large accidental Aliso Canyon methane release last fall and winter.

The orbital observations from Hyperion were consistent with airborne measurements made by NASA’s Airborne/Infrared Imaging Spectrometer (AVIRIS) imager flying onboard a NASA ER-2 aircraft.

“This is the first time the methane emissions from a single facility have been observed from space,” said Thompson. “The percentage of atmospheric methane produced through human activities remains poorly understood. Future instruments with much greater sensitivity on orbiting satellites can help resolve this question by surveying the biggest sources around the world, so that we can better understand and address this unknown factor in greenhouse gas emissions.”

For more information on EO-1, visit:

For more information on AVIRIS, visit:

NASA uses the vantage point of space to increase our understanding of our home planet, improve lives and safeguard our future. NASA develops new ways to observe and study Earth’s interconnected natural systems with long-term data records. The agency freely shares this unique knowledge and works with institutions around the world to gain new insights into how our planet is changing.

COVID-19 stress can be reduced by learning the facts

Stress and anxiety related to COVID-19 is significantly lower among...

Given the proper land rights, indigenous tribes could save much...

A team of scientists at the British Antarctic Survey has...

In a groundbreaking study led by Monash University, experts have...