"Natural antifreeze" could revolutionize the future of concrete  • Earth.com 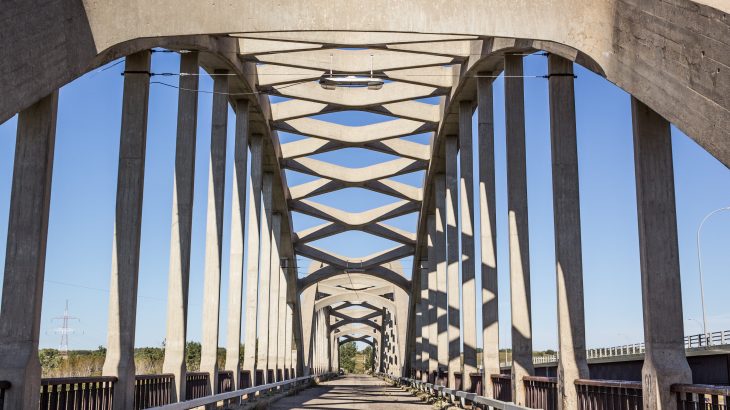 By copying the proteins that keep plants and animals from freezing in cold conditions, researchers at UC Boulder have developed a way to minimize freeze-thaw damage in concrete infrastructure.

The experts demonstrated that a synthetic molecule which mimics compounds found in Arctic and Antarctic organisms can be added to concrete as a “natural antifreeze.”

The research has the potential to greatly improve the strength and durability of concrete infrastructure while reducing carbon emissions over its lifetime.

The study also challenges more than 70 years of conventional approaches in mitigating frost damage in concrete.

“No one thinks about concrete as a high-tech material,” said study co-author Professor Wil Srubar III. “But it’s a lot more high-tech than one might think.”

“In the face of climate change, it is critical to pay attention to not only how we manufacture concrete and other construction materials that emit a lot of carbon dioxide in their production, but also how we ensure the long-term resilience of those materials.”

Since the 1930s, small air bubbles have been mixed into concrete to protect it from water and ice crystal damage. This way, any water that seeps into the concrete has room to expand when it freezes.

This process, however, makes concrete more permeable and compromises some of its strength. For example, the concrete is more vulnerable to degradation by road salts and chemicals that can leach into the air bubbles.

In the United States, billions of dollars are spent each year to prevent damage in aging infrastructure. The antifreeze molecule could dramatically reduce costs.

Testing has already shown that concrete made with the new molecule in place of air bubbles has equivalent performance, improved strength, lower permeability, and a longer lifespan.

The team has patented their method, and Professor Srubar hopes it will enter the commercial market in the next 5 to 10 years.

Concrete is one of the most consumed materials on Earth – second only to water. Currently,  two tons per person are manufactured each year. According to Professor Srubar, this amount of concrete is equivalent to a New York City being built every 35 days for at least the next 32 years.

“Its manufacture, use and disposal have significant environmental consequences. The production of cement alone, the powder that we use to make concrete, is responsible for about 8 percent of our global CO2 emissions.”

Climate change itself will worsen the strain on concrete and aging infrastructure, with increased freeze and thaw cycles occurring more often in many regions.

“The infrastructure which is designed today will be facing different climatic conditions in the future,” said Professor Srubar. “In the coming decades, materials will be tested in a way they’ve never been before. So the concrete that we do make needs to last.”

The study is published in the journal Cell Reports Physical Science.