Nature books to add to your weekend reading list • Earth.com 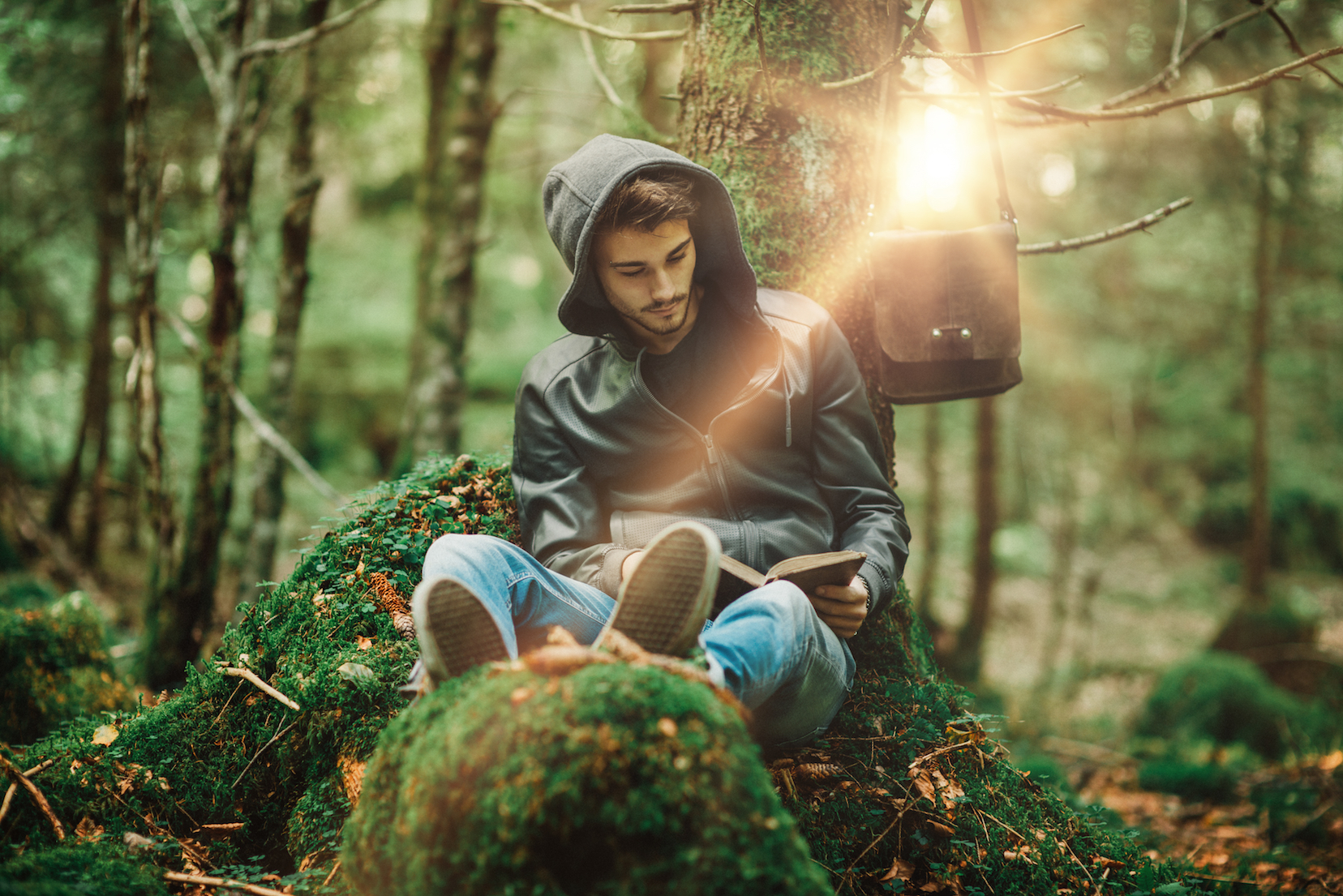 Nature books to add to your weekend reading list

Our view of the environment around us is deeply colored in the hues of our backgrounds, our biases and our educations.  It goes beyond looking at a cliff and seeing the history written by eons of geology, the petroglyphs pecked into the desert varnish or a lizard crawling across those petroglyphs.  I find that reading different writers with different backgrounds can enrich and deepen your experience in the outdoors. Ideally finding writers from different backgrounds and writing from different environments can allow you to see a place from different angles and inspire different ideas, even contradictory ideas.  With that in mind, I’ve come up with a list of nature writers that I feel is a good beginning list for everyone interested in the environment.

We’ll start with classics that many people know, or at least have found a firm footing in the standard cannon of nature and environmental writing.  These books have inspired generations of environmentalists and influenced nature writers that followed them.

A classic of environmental philosophy literature and which founded in many ways the American school of environmentalism.  Walden focuses on principles such as simplicity and the beauty of nature. There’s also plenty of philosophy in Thoreau in general and Walden specifically.

Ed Abbey was an iconoclast and his writing is angry, American and singular in vision.  Desert Solitaire is the classic of Ed Abbey writing; if you read nothing else he writes, read Desert Solitaire.  Ed’s writing has encouraged direct activism in environmentalism, including the Sea Shepherd and Earth First! His writing is as practical as it is outraged.

Aldo Leopold has been called the ‘prophet’ of environmentalism.  A Sand County Almanac is a collection of essays that entails a turn of heart in Leopold himself, which has reverberated throughout land management and environmental science.  Leopold’s call is for an enlargement of our system of ethics to the ‘land’ including other non-human organisms. Complicated and sometimes contradictory, A Sand County Almanac is something to think about long and hard, remaining relevant to us as when it was written.

The next books focus more on how we live our lives or sustain ourselves with food rather than reflecting on pristine nature.  These books certainly present different perspectives and for some wouldn’t even be in the same category as ‘nature writing’.

One Straw Revolution By Masanobu Fukuoka and Larry Korn

The Man Who Quit Money By David Sundeen

Many people wouldn’t put this book in a list of environmental literature but it has a lot to offer for those interested in environmentalism.  On its face this book is a biography of an eccentric man living moneyless in the desert. Deeper than the surface, The Man Who Quit Money is a nuanced critique of modern culture, consumption and religion.  The book speaks to every aspect of life in modern America and the world as a whole, question the presumptions of land management, agriculture, money and spirituality specifically.

My Ishmael By Daniel Quinn

This book is the only piece of fiction in this list but it’s easy to see it as allegory.  Taking place in a not too distant past and featuring a telepathic gorilla and earnest human, My Ishmael highlights the assumptions in science and anthropocentrism.  This book is enjoyable but at times also disturbing. If read with an open mind, My Ishmael can change perspectives.

Terry Tempest Williams is a lover of nature, passionate about birds but also a feminist passionate about equality.  A former naturalist at the Utah Museum of Natural History, Williams is full of detailed natural history but writes like a poet.  Refuge is complicated, following the natural flooding of the Great Salt Lake (and a bird sanctuary) as well as Terry Tempest-Williams’ mother’s death by cancer.  The book turns on traditional environmentalism but also environmental justice and feminism. Refuge is a force to be reckoned with and I was choking back tears at the end.

Trace is the saga of a woman tracing history through the American Landscape as well as her own family tree.  Trace questions the racist, sexist, anthropocentric assumptions written into the standard history of America.  Personal, thoughtful and deep, Trace will make you flinch with its brutal honesty but also make you think and hopefully care.

This book uses botany, myth and landscape to tell the interconnected tales of humans and plants in the desert.  There is also a cry against model-based science for more first-hand observation rooted in deep, personal connection to a landscape.  Nabhan is a knowledgeable ethnobotanist and a highly talented writer. Focusing on the deserts along the border of the US and Mexico, you will hunger for a visit to the desert and wish for a better world where indigenous cultures remain intact.

These books are classic science based nature writing.  They present nature as it’s understood in a scientific sense, familiarizing the common person with the bones of modern scientific hypotheses and theories.

The Song of the Dodo By David Quammen

The Song of the Dodo reads like an adventure travelogue of a globe-trotting author and it’s hard not to envy Quammen’s travels.  Beyond the adventure though, The Song of the Dodo is sharp as a razor in cutting through the confusion of complicated parts of Island Biogeography.  The science is explained without losing nuance and heartbreaking examples of wildlife losers as humanity destroys fragile habitats first. For those who want to understand evolution, biodiversity and extinction in the modern age, The Song of the Dodo is a must read.

Monster of God By David Quammen

I have to include another David Quammen book because frankly, he’s one of the best nature writers alive today.  There is more travel in this book, Quammen visits eastern European bears, lions in India and crocodiles in Australia.  Quammen focuses on dangerous animals that are more and more marginalized and maligned in our modern society. Monster of God details the deep cultural importance of animals equipped to kill humans and entails the story of their decline.  Ever on the side of dangerous animals; Monster of God asks the question, will large predators be allowed to live in the future?

One River By Wade Davis

Wade Davis is an ethnobotanist with the soul of a writer.  One river details the ethnobotanical exploration of Richard Evan Schultes and his student.  The book touches on points of spirituality, science and mystery. The book is also a critique on the bureaucracy involved in the drug war and US agricultural projects in Latin America.  One River is mostly an introduction to a wild, mystical world that is mostly gone but the remains of which still cling to what’s left of the Amazon rainforest.

These books are more extreme in their views and more philosophical than science-based.  The books in this category are still deeply rooted in first hand observation and experiences in nature or the outdoors but they sift those observations through philosophical rather than scientific analysis.

The Abstract Wild By Jack Turner

Jack Turner is quick to criticize both the assumptions and methods of wildlife and ‘wild’ land managers and scientists.  Armed with a PhD in philosophy, Jack Turner is plenty brainy both first and foremost is his relentless passion. Reading this book is shocking, like a brutal wake up from a hazy dream.  For me this book is one to return to again and again for constant advice.

Joy Williams rages against everything from hunters to medical researchers.  William’s focuses on animals over pristine wilderness but still has a lot to say to the outdoors person and pet owner alike.  I put this book in this category for its focus on morality based thought over scientific decision making.

Of Wolves and Men By Barry Lopez

Barry Lopez is more subtle in his direct criticism of wildlife managers and science but the weight of history he recounts is harsh in its bare facts.  Lopez focused on wolves but told from the dual perspective of science and indigenous lore.

The Secret Knowledge of Water By Craig Childs

This book is more a bonus piece, not fitting well into any category.  Child’s is a hell of a writer and a highly experienced backcountry adventurer educated in the sciences.  The Secret Knowledge of Water details journeys in the desert to find water: the one thing in its lack and periodic abundance that defined these places.  This book is science, passion, spirituality and transcends all questioning everything simply by presenting it in complexity.