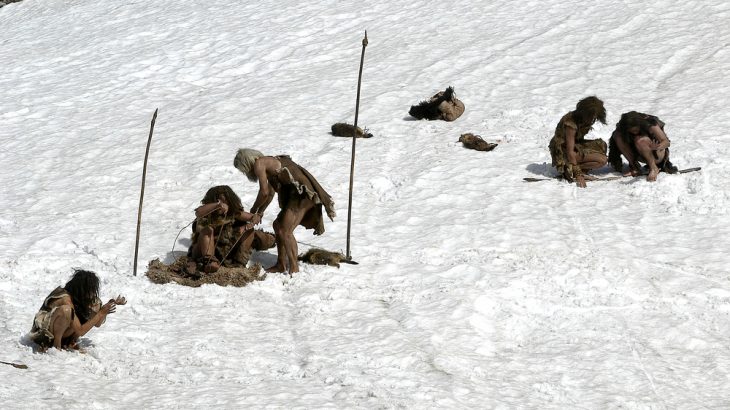 A newly discovered cache of tools show that Neanderthals had something in common with modern humans. They used pine resin as an adhesive when creating their tools – a sort of ancient version of modern super glue.

The tools found in two Italian caves show that the prehistoric cousins to modern humans use a technological process called hafting. Essentially, they used pine resin to glue stone tools to handles, making them much easier to use and more flexible, too.

“We continue to find evidence that the Neanderthals were not inferior primitives but were quite capable of doing things that have traditionally only been attributed to modern humans,” said Dr. Paola Villa of University of Colorado at Boulder, who served as a corresponding author of a study analyzing the finds that has been published in the journal PLOS ONE.

The tools were discovered in Grotta del Fossellone and Grotta di Sant’Agostino, near Italy’s west coast. From about 55,000 to 40,000 years ago, the caves served as homes for Neanderthals, thousands of years before Homo sapiens arrived in Europe.

Archaeologists have since collected more than 1,000 stone tools at the two sites. While studying the collection of tools, Villa and her colleagues discovered several that had a strange residue.

“Sometimes that material is just inorganic sediment, and sometimes it’s the traces of the adhesive used to keep the tool in its socket,” she said in a press release.

To determine which, the team of researchers ran a series of chemical analysis tests on the substance. They found that it was pine resin collected from local trees, and on one tool, the resin had been mixed with beeswax.

Hafted axes and other tools would have made it much easier for Neanderthals to cut and shape branches into the wooden spears they were known to use.

The tools add to proof that the Neanderthals used hafts on some tools. A pair of stone tools found in central Italy also showed since of hafting. They also suggest that Neanderthals knew how to build fires, since the gathered pine resin would have to be warmed up to be used.

“This is one of several proofs that strongly indicate that Neanderthals were capable of making fire whenever they needed it,” Villa said.

Research was funded by the U.S. National Science Foundation.