Neanderthals and woolly mammoths shared much of the same DNA • Earth.com 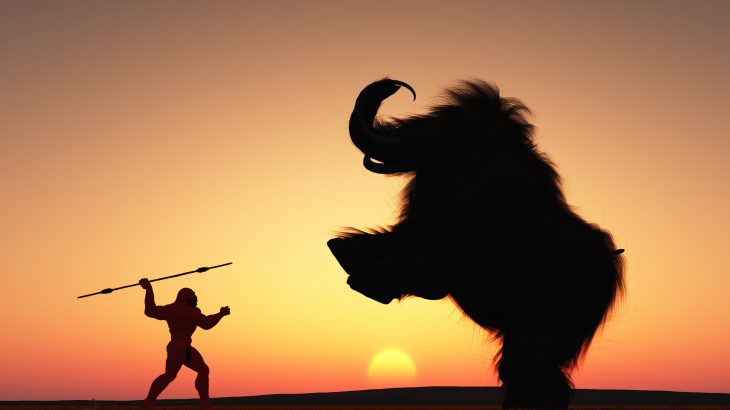 Neanderthals and woolly mammoths shared much of the same DNA

A new study from Tel Aviv University has revealed that Neanderthals and woolly mammoths shared DNA that allowed them to adapt to freezing cold environments hundreds of thousands of years ago. The researchers also discovered genes that the ancient humans and animals had in common which would have increased the production of hair and skin.

“They say you are what you eat. This was especially true of Neanderthals; they ate mammoths but were apparently also genetically similar to mammoths.”

To investigate these similarities, the archaeologists reviewed three case studies that compared the genomes of woolly mammoths and Neanderthals.

The first case study described the mutual appearance of the LEPR gene, which is related to thermogenesis and fat storage in the body. The second study found genes related to keratin protein activity in both species, and the third study focused on skin and hair pigmentation variants in the genes MC1R and SLC7A11.

“Our observations present the likelihood of resemblance between numerous molecular variants that resulted in similar cold-adapted epigenetic traits of two species, both of which evolved in Eurasia from an African ancestor,” explained study co-lead author Meidad Kislev. “These remarkable findings offer supporting evidence for the contention regarding the nature of convergent evolution through molecular resemblance, in which similarities in genetic variants between adapted species are present.”

“We believe these types of connections can be valuable for future evolutionary research. They’re especially interesting when they involve other large-brained mammals, with long life spans, complex social behavior and their interactions in shared habitats with early humans.”

The researchers concluded that both species likely had ancestors that came from Africa and adapted to living conditions in Ice Age Europe. The species also became extinct at around the same time.

“It is now possible to try to answer a question no one has asked before: Are there genetic similarities between evolutionary adaptation paths in Neanderthals and mammoths?” said Professor Barkai. “The answer seems to be yes. This idea alone opens endless avenues for new research in evolution, archaeology and other disciplines.”

“At a time when proboscideans are under threat of disappearance from the world due to the ugly human greed for ivory, highlighting our shared history and similarities with elephants and mammoths might be a point worth taking into consideration.”

The study is published in the journal Human Biology.