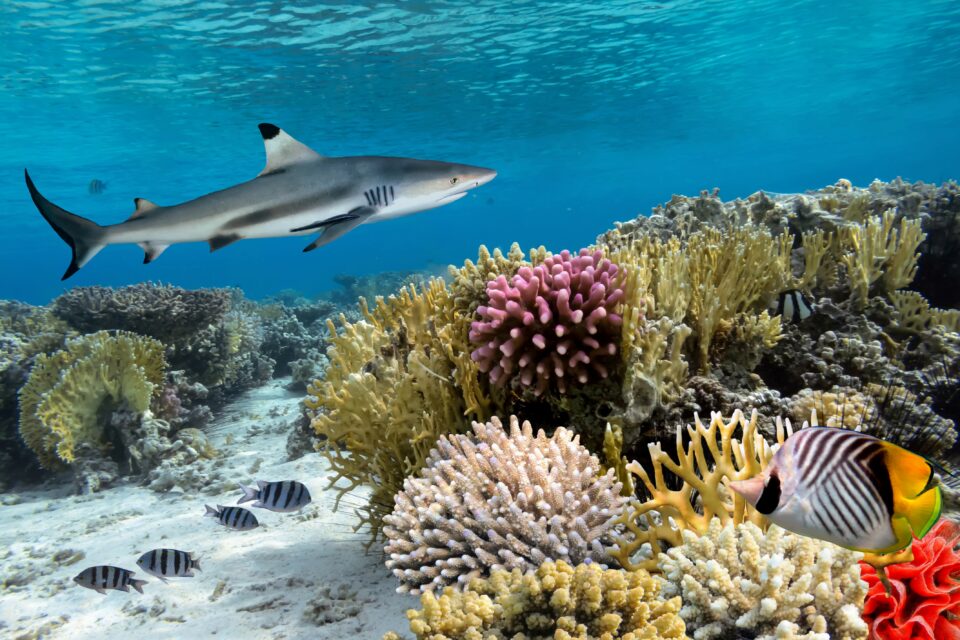 According to a recent study published in the journal Nature Communications, nearly two thirds of sharks and rays that live among the world’s coral reefs are currently threatened with extinction. This is due to the fact that coral reefs – which harbor over a quarter of all marine animals and plants – are seriously menaced by a variety of human-related threats, including overfishing, pollution, and climate change.

Many shark and ray species, ranging from apex predators to filter feeders, play a major role in these delicate ecosystems that cannot be filled by other species. By examining 134 species of sharks and rays, the experts found that 59 percent of coral reef shark and ray species worldwide are threatened with extinction. Among these, five shark and nine ray species are listed as “critically endangered.”

“It was a bit surprising just how high the threat level is for these species,” said study lead author Samantha Sherman, a postdoctoral researcher in Marine Biology at Simon Frasier University in Canada. “Many species that we thought of as common are declining at alarming rates and becoming more difficult to find in some places,” mainly due to overfishing.

According to the researchers, sharks are under most threat in the Western Atlantic and certain regions of the Indian Ocean, while the Southeast Asia and the Indian Ocean represent the highest risks for rays. All of these regions are heavily fished and do not currently have any management infrastructure in place to reduce the impact of overfishing on these species.

Although in 2022 several countries have approved a plan to protect dozens of shark and ray species – including an extra 21 coral reef species in addition to the 18 species already covered by the regulations – more efforts on a global scale are necessary to improve implementation. Moreover, the regulations themselves cannot stop these species from being killed as “bycatch.”

“The solutions are similar for both sharks and rays—limits on fishing, well placed and properly implemented Marine Protected Areas, and alternative livelihood solutions to reduce the number of fishers on coral reefs,” Sherman said.

Since coral reefs are declining worldwide due to climate change, protecting reef sharks and rays could help keep reefs healthier for longer and thus safeguard a variety of other crucial ecosystems.