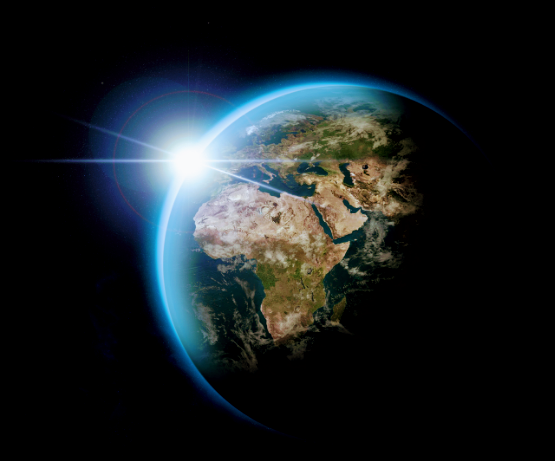 A study led by Syracuse University is revealing new clues about Earth’s earliest major mass extinction. The Late Ordovician mass extinction (LOME), was the first of the “big five” extinction events, during which about 85 percent of all marine species were wiped out.

Today, many scientists believe that we are already in the midst of our planet’s sixth mass extinction event as a result of human-induced climate change. It is critically important for scientists to understand the causes of previous die-offs in order to help prevent the same level of catastrophe in the future.

To investigate, an international team of researchers looked at the ocean environment before, during, and after the LOME. Professor Seth Finnegan, an expert in mass extinction at UC Berkeley, said the seas were full of biodiversity during the Ordovician Period. There were early reefs, but they lacked an abundance of vertebrates.

“If you had gone snorkeling in an Ordovician sea you would have seen some familiar groups like clams and snails and sponges, but also many other groups that are now very reduced in diversity or entirely extinct like trilobites, brachiopods and crinoids,” said Professor Finnegan.

He explained that unlike rapid mass extinctions, such as when dinosaurs and other species were suddenly wiped out around 65.5 million years ago, the LOME played out over a substantial period of time, with estimates between less than half a million to almost two million years.

One prevailing theory is that LOME was triggered by a lack of oxygen in the shallow ocean. The experts combined geochemical testing and computer modeling to test this theory.

Professor Zunli Lu led a team of students who measured iodine concentrations in carbonate rocks from the Ordovician Period. By studying concentrations of the element iodine in rocks, researchers can look for changes in oceanic oxygen levels at various ocean depths throughout Earth’s history.

The results of the analysis produced no evidence that a lack of oxygen, or anoxia, caused the mass die-off. According to the researchers, it is much more likely that climate cooling during the Late Ordovician period was a major contributor to the LOME.

While there was no significant lack of oxygen in the shallow depths where animals dwelled, the team did find evidence that anoxia expanded at deep ocean depths. This is a mystery that cannot be explained by the classic model of ocean oxygen, explained study lead author Alexandre Pohl of UC Riverside.

“Upper-ocean oxygenation in response to cooling was anticipated, because atmospheric oxygen preferentially dissolves in cold waters,” said Pohl. “However, we were surprised to see expanded anoxia in the lower ocean since anoxia in Earth’s history is generally associated with volcanism-induced global warming.”

According to Lu, recognizing that climate cooling can also lead to lower oxygen levels in some parts of the ocean is a key takeaway from their study.

“For decades, the prevailing school of thoughts in our field is that global warming causes the oceans to lose oxygen and thus impact marine habitability, potentially destabilizing the entire ecosystem. In recent years, mounting evidence point to several episodes in Earth’s history when oxygen levels also dropped in cooling climates.”

The study does not fully explain the causes of Late Ordovician extinction, but the researchers have ruled out changes in oxygenation as the primary cause of the event. The research suggests that changes in temperature helped to set the stage for the Late Ordovician mass extinction, and the experts will continue to seek out additional factors that may have been involved.