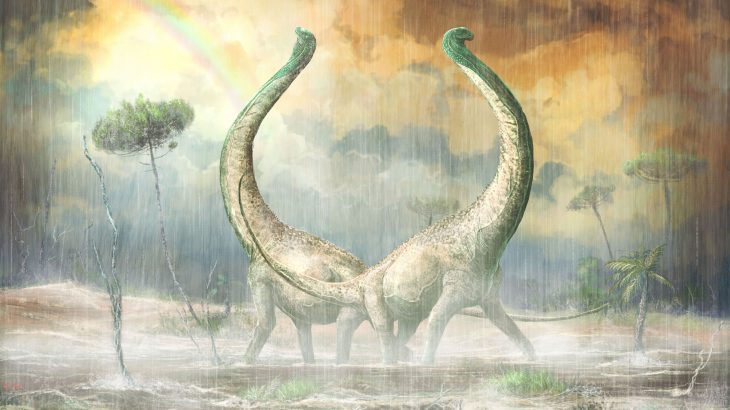 Researchers at Ohio University have discovered a new member of the large, long-necked titanosaur sauropod family. This new dinosaur, which sported a heart-shaped tail, provides new insight into how African ecosystems evolved during the Cretaceous period.

The creature made its official debut February 13th in PLOS ONE. The team named the new dinosaur Mnyamawamtuka moyowamkia (Mm-nya-ma-wah-mm-too-ka mm-oh-yo-wa-mm-key-ah), a name derived from Swahili that means “animal of the Mtuka (with) a heart-shaped tail.” Mtuka is the name of the riverbed in the East African Rift System in which the partial skeleton was found.

Mnyamawamtuka’s partial skeleton was actually first discovered in a high cliff overlooking the Mtuka riverbed in 2004. Annual excavations took place up until 2008.

“Although titanosaurs became one of the most successful dinosaur groups before the infamous mass extinction capping the Age of Dinosaurs, their early evolutionary history remains obscure, and Mnyamawamtuka helps tell those beginnings, especially for their African-side of the story,” said the study’s lead author Dr. Eric Gorscak, a Ph.D. graduate of Ohio University, research associate at Chicago’s Field Museum of Natural History, and new assistant professor at the Midwestern University in Downers Grove.

“The wealth of information from the skeleton indicates it was distantly related to other known African titanosaurs,” Gorscak continued, “except for some interesting similarities with another dinosaur, Malawisaurus, from just across the Tanzania-Malawi border.” 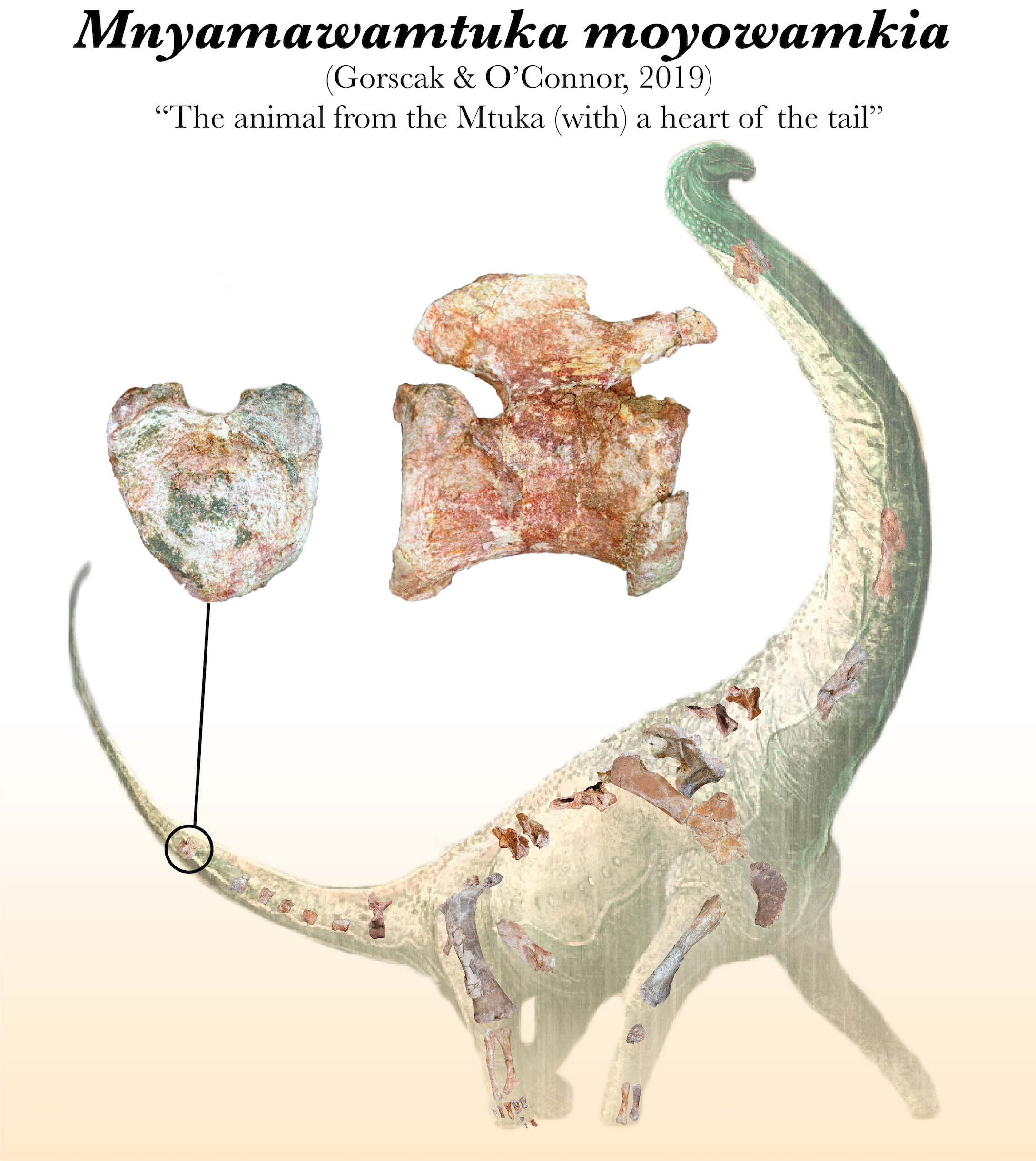 Titanosaurs are perhaps best known for being discovered in South American Cretaceous-age rocks. However, the Ohio University team has found titanosaurs in Tanzania, Egypt, and other parts of the African continent, thus revealing the evolution of dinosaurs is much more complex than previously thought.

“The discovery of dinosaurs like Mnyamawamtuka and others we have recently discovered is like doing a four-dimensional connect the dots,” said Dr. Patrick O’Connor, professor of anatomy at Ohio University. “Each new discovery adds a bit more detail to the picture of what ecosystems on continental Africa were like during the Cretaceous, allowing us to assemble a more holistic view of biotic change in the past.”

Besides Mnyamawamtuka, the team has also found ancient crocodile kin, evidence of “insect farming,” and interesting clues about the evolution of monkeys and apes within the East African Rift System.

“This new dinosaur gives us important information about African fauna during a time of evolutionary change,” said Judy Skog, program director in the National Science Foundation’s Division of Earth Sciences, which funded the team’s research. “The discovery offers insights into paleogeography during the Cretaceous. It’s also timely information about an animal with heart-shaped tail bones during this week of Valentine’s Day.”

“The Tanzanian story is far from over but we know enough to start asking what paleontological and geological similarities and dissimilarities there are with nearby rock units,” Gorscak concluded.