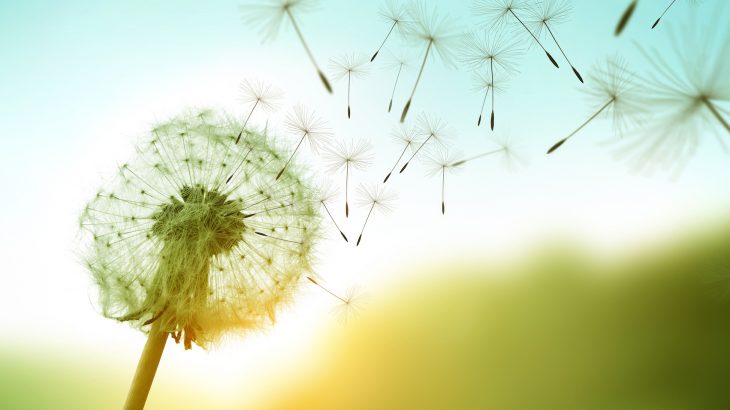 What do dandelion seeds and the Wright brothers have in common? They both invented a new form of flight… kind of.

A new discovery from researchers at the University of Edinburgh has revealed that the amazing flying ability of dandelion seeds is the result of a form of flight that has never been seen before in nature. Researchers found that this plant – one of the world’s best natural fliers – utilizes movement of air around and within its parachute-shaped bundle of bristles to help the seeds travel far and wide. These seeds can often travel up to a kilometer or more by only using the power of wind.

In their study, the research team found that a ring-shaped bubble forms as air moves through the parachute structure of dandelion seeds’ bristles. This increases the drag that slows each seed’s descent to the ground. The scientists have named this air bubble the “separated vortex ring.” 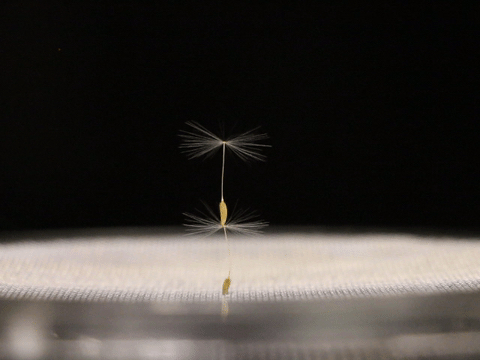 The amount of air flowing through the ring – which is physically detached from the bristles and stabilized by airflow through it – is precisely controlled by the spacing of the bristles, and is critical for keeping the bubble stable and directly above the seed during flight. According to the research, this flight mechanism is four times more efficient than what humans can do with conventional parachute design.

Researchers believe that their study, published in the journal Nature, could lead to the development of small-scale drones that require little to no power consumption. These types of drones could be used for remote sensing or air pollution monitoring.

“Taking a closer look at the ingenious structures in nature – like the dandelion’s parachute – can reveal novel insights,” says Dr. Cathal Cummings of the University of Edinburgh’s Schools of Biological Sciences and Engineering. “We found a natural solution for flight that minimizes the material and energy costs, which can be applied to engineering of sustainable technology.”