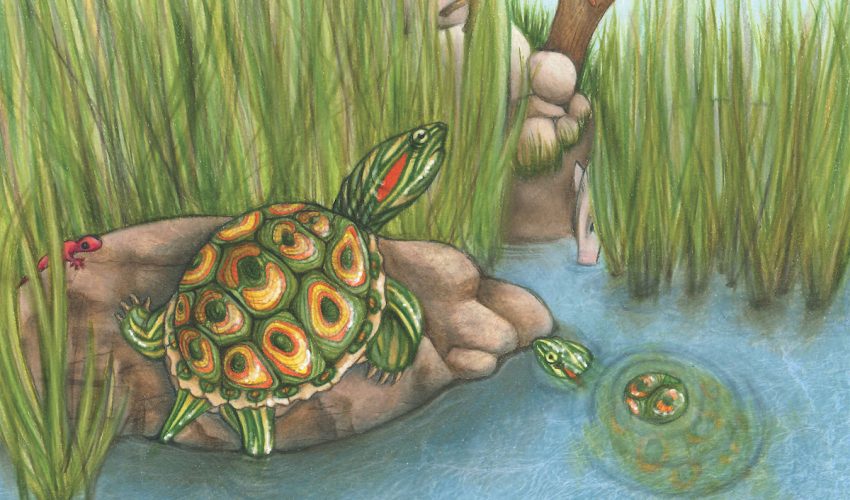 A new species of extinct turtles dating back 5.5 million years was recently discovered by a paleontologist from the University of Pennsylvania.

The turtle is part of the genus Trachemys and was first found in the Gray Fossil Site in eastern Tennessee. The area is known for its fossils, and several ancient species have been described and characterized from specimens found on site.

Turtle shells are particularly common among the fossils but are often broken up and difficult to categorize. However, Jasinski was able to identify differences between dozens of fossil turtle shell remnants he found and other known species.

Jasinski worked with Shawn Haugrud who is the lab and field manager at the Gray Fossil Site. It was Haugrud who prepared and cleaned the fossils which then made identification and characterization possible.

The new species was named Trachemys haugrudi in recognition of Haugrud and his team’s hard work on the fossil specimens.

“Shawn has spent an incredible number of hours working on these specimens,” said Jasinski. “He cleaned and prepared the fossils and was able to essentially glue this turtle back to life, giving me numerous nearly complete turtle shells to use in this research.”

The new species of slider turtle was relatively small in size, growing only as large as ten inches in shell length.

For his study, Jasinski performed a phylogenetic analysis in order to establish the evolutionary timeline of the Trachemys haugrudi and its relation to other similar species in its genus. A phylogenetic analysis compares shapes and features of species to find out how closely related they are.

The results of the analysis showed that the new species was closely related to a group of fossils from both Florida and the Midwest. The research also revealed that one group of Trachemys evolved in Mexico into different species and another group evolved in the Caribbean.

Jasinski’s findings help shed insight on the evolution of turtles, and could be used to help control invasive species of Trachemys that are becoming a growing problem in various ecosystems.