Turtles have developed complex brains that allow them to adapt • Earth.com 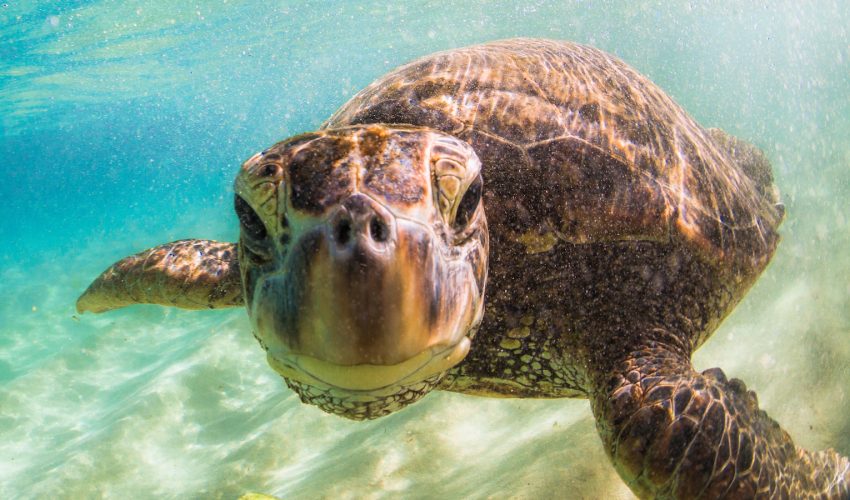 Turtles have developed complex brains that allow them to adapt

Researchers led by the University of Birmingham have found that turtles have a brain that has slowly yet consistently evolved over the last 210 million years. The turtle’s brain has ultimately become more complex than that of most other animals, with a range of shapes and sizes.

Turtles have been around for nearly 250 million years, and they have not changed very much in that time. Most fossil turtles closely resemble today’s turtles, which likely saved them during mass extinction events.

An international team of scientists from the UK, Brazil, and Germany set out to examine the evolution of the turtle’s brain using modern computer analysis. The researchers focused their study on the remains of the oldest turtle with a fully-formed shell, Proganochelys quenstedti, who dates back 210 million years to the Triassic Period.

CT scans of two fossil skulls allowed the research team to generate digital models of the brain of Proganochelys, which were compared to brain models of modern turtles.

“Our results demonstrate that Proganochelys, the oldest turtle with a real shell, had a very simple brain structure,” explained lead author Dr. Stephan Lautenschlager. “Vision and hearing were probably not very good, while the sense of smell was moderately developed.”

The experts also discovered that the turtle brain increased in size and complexity over the course of millions of years. Modern turtles have a wide variety of brain shapes and sizes that represent their sensory capabilities and lifestyles.

“Over a period of 200 million years the brain of turtles became more complex, allowing them to adapt to different habits and living conditions,” said co-author Dr. Ingmar Werneburg. “This is very important as we see similar diversifications in other animal groups such as mammals and birds.”

The study also helped the researchers understand the origins of turtles.

Study co-author Gabriel Ferreira explained: “By comparing the digital brain reconstruction of Proganochelys with those of modern turtles we can show that the first turtles with a fully formed shell were very likely living on land and not in the water or in an fossorial environment. It was only later that they explored those different habitats.”