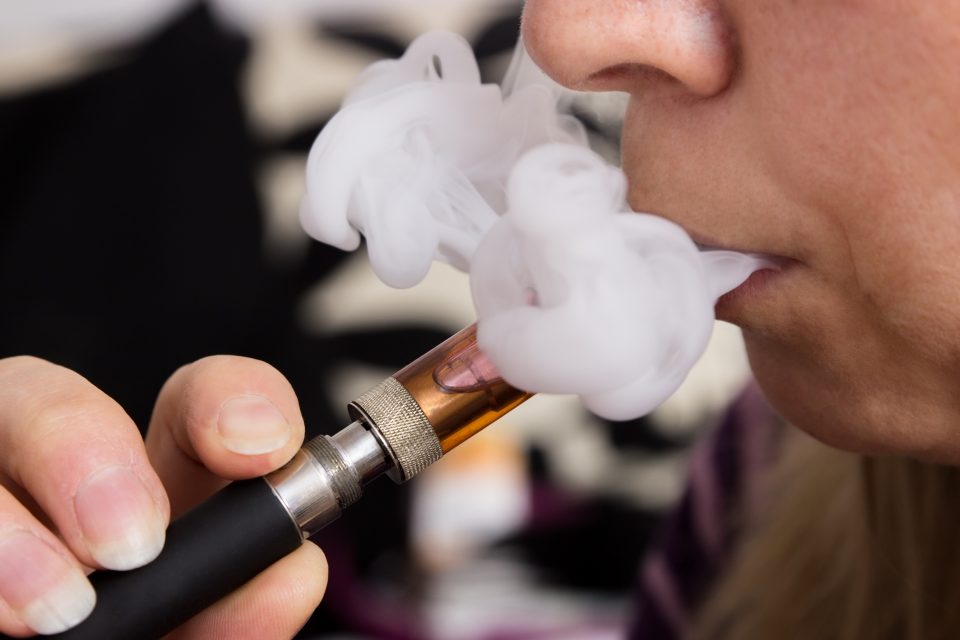 “The FDA now has regulatory authority over all tobacco products, including e-cigarettes and we know that some communities have taken action to ban flavored e-cigarette products,” said Dr. Pacek.

“We wanted to take a first pass at seeing what users’ anticipated responses to new regulations might be. Our findings suggest that while some regulations, such as banning certain flavors to limit appeal to adolescents, might improve outcomes for those young users, the new regulations might have unintended consequences with other portions of the population.”New laws limiting e-cigarette availability may push users toward cigarettes

The investigation was focused on an online survey of 240 individuals between the ages of 18 and 29 who smoke both traditional cigarettes and e-cigarettes. The questions were designed to predict how the participants’ smoking patterns may change in response to hypothetical regulations such as limiting e-cigarette flavors or eliminating the nicotine in e-cigarettes.

Nearly half of the young adults said they would use traditional cigarettes more if the nicotine was removed from electronic cigarettes. In addition, 22 percent would use more tobacco if certain customizable options became unavailable for e-cigs, such as the option to adjust vapor temperature.

Furthermore, 17 percent of survey respondents said if e-cigarettes were limited to tobacco and menthol flavors, they would smoke more tobacco cigarettes. 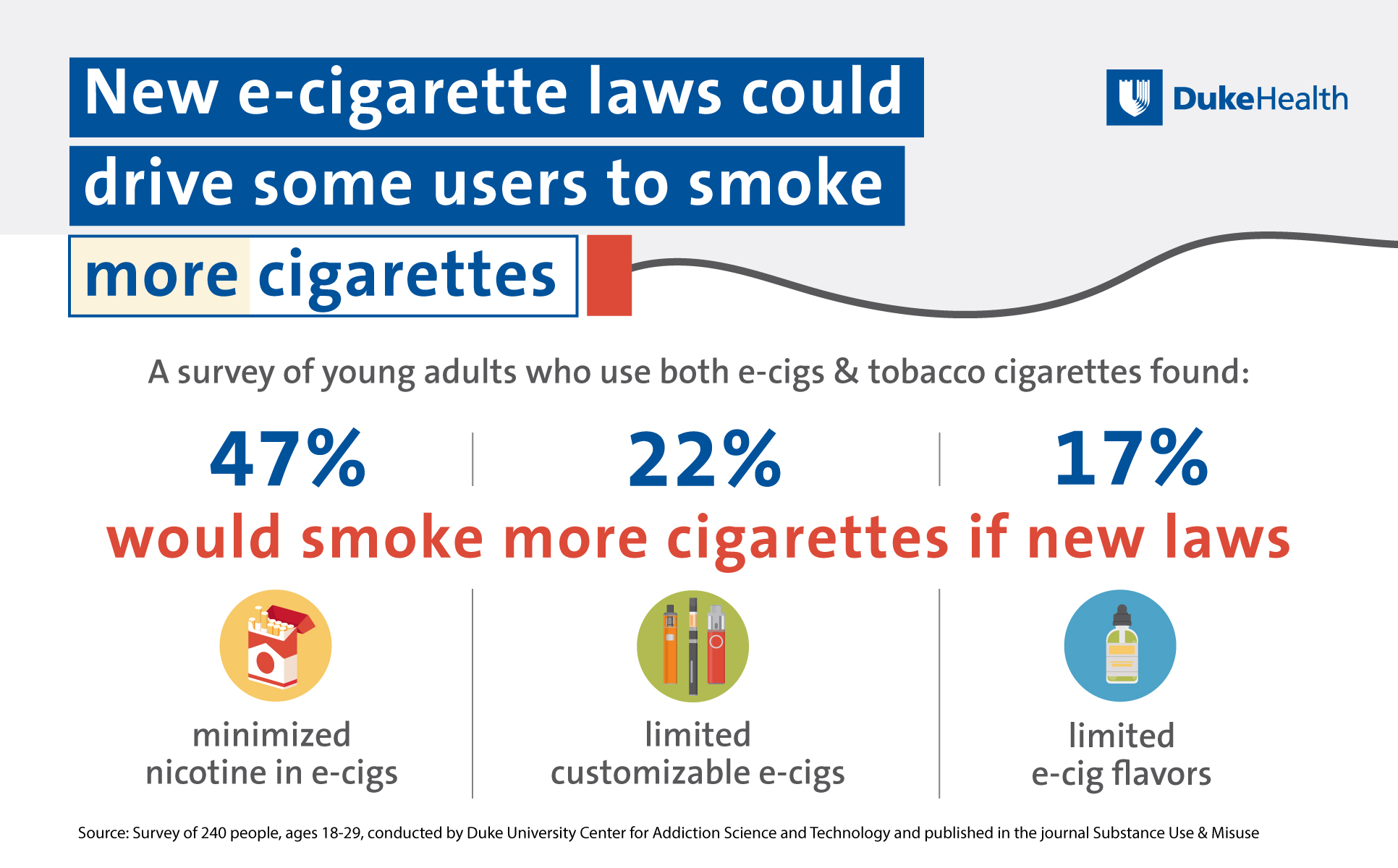 According to Dr. Pacek, previous studies have shown that about a third of people who use e-cigarettes also use other tobacco products. Even though the survey was small and was not nationally representative, the results indicate that the downstream effects of new regulations on electronic cigarettes must be considered.

“It’s likely some potential new regulations on e-cigarettes will result in a net good for the whole population, such as limiting flavors that might entice young users, improving safety standards, or mandating that liquids come in child-proof containers,” said Dr. Pacek. “However, our findings suggest that there should also be thoughtful consideration to potential unintended consequences that could affect other subsets of users of e-cigarettes and other tobacco products.”

The study is published in the journal Substance Use & Misuse.