New state of matter exists as solid and liquid at the same time • Earth.com 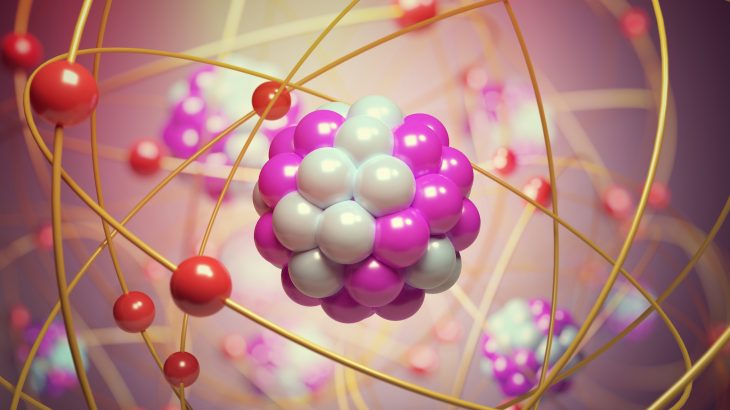 Researchers have that they discovered a new state of matter that can actually exist as both a liquid and a solid at the same time.

In a new study, researchers from the University of Edinburgh and Xi’an Jiaotong University in China turned to artificial intelligence to help make sense of what happens to the metal potassium when it’s compressed under pressures that would you find in the Earth’s mantle.

At these extreme pressures, researchers have found that matter can exist in some interesting states.

For example, one past study discovered that sodium, a simple metal that conducts heat and electricity, transforms into a transparent material under extreme pressure. The new state of compressed sodium is also no longer conductive.

Potassium, like sodium, reacts out of character under pressure and the potassium atoms rearrange themselves. However, until now, researchers were not sure what exactly was going on at the atomic level to create this change.

“Somehow, these potassium atoms decide to divide up into two loosely linked sub-lattices,” said Andreas Hermann, a member of the research team.

The researchers used artificial intelligence to simulate what happens to potassium atoms under extreme pressure.

The artificial intelligence program learned quantum mechanics and was trained to analyze potassium atoms so that the program could simulate the reactions of thousands of potassium atoms under pressure.

The AI computer models showed that when exposed to extreme temperatures and heat, potassium becomes both liquid and solid and enters a chain-melted state.

The chains of potassium atoms dissolve in this state, but the potassium crystals remain solid.

It’s hard even to imagine what this state might look or feel like, but the researchers compare it to a sponge that is dripping, but both the sponge and dripping material are made of the same thing.

“Potassium is one of the simplest metals we know, yet if you squeeze it, it forms very complicated structures,” said Herman. “We have shown that this unusual but stable state is part solid and part liquid. Recreating this unusual state in other materials could have all kinds of applications.”

The researchers described their findings in a new study published in the journal Proceedings of the National Academy of Science.