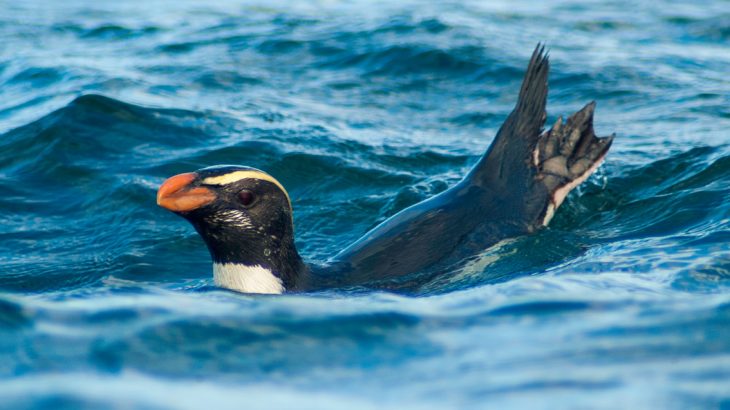 As if raising kids isn’t already enough work as it is, adult New Zealand penguins have quite a journey in store after breeding.

According to a new study, Fiordland penguins (Eudyptes pachyrhynchus), also known as Tawaki penguins, migrate up to 1,500 miles (2,500 kilometers) from their breeding site to refuel after long periods of fasting on land.

The research was performed by a team of researchers from the University of Otago, led by Thomas Mattern, and was published in the journal PLOS ONE.

The study found that many Tawaki penguins breed on the west coast of New Zealand’s South Island and then travel between 12 to 50 miles per day, which may be about the maximum limit for penguins swimming.

In order to track the penguins, the researchers attached satellite transmitters to 10 male and 7 female Tawaki penguins and monitored them between November 2016 and March 2017. The team then compared the travel routes with ocean temperature and currents.

“The penguins leave the New Zealand coast at a time when the ocean’s productivity is nearing its peak, so from that perspective, traveling thousands of kilometers seem to make little sense,” said Mattern.

“We believe that this extraordinary behavior could be a remnant from an ancestral penguin species that evolved further south in the sub-Antarctic region before populating the New Zealand mainland. This would also explain why the species breeding range is concentrated to the southern coastlines of New Zealand; if breeding further north, this migratory behavior would simply not be feasible.”