Newborn mammals can see the world before they open their eyes • Earth.com 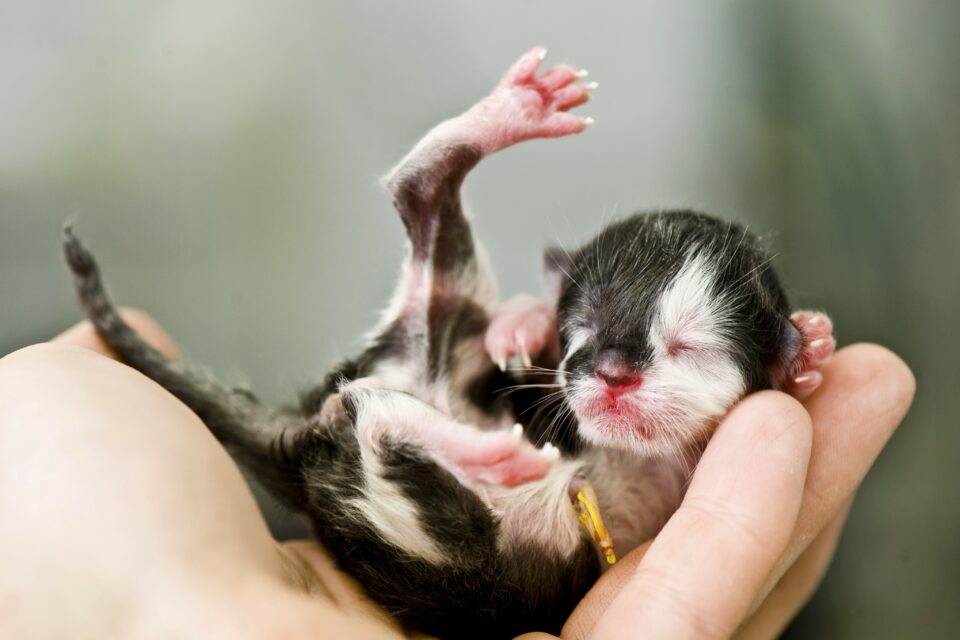 Newborn mammals can see the world before they open their eyes

Newborn mammals have a visual sense of the world before they even open their eyes, but how is this possible? A new study from Yale University suggests that mammals essentially dream about the world they are about to be born into.

A team of researchers led by Professor Michael Crair observed waves of activity that exude from the neonatal retina in newborn mice before their eyes open. According to the study, this activity is replaced soon after birth by a more mature network of visual neural transmissions.

“At eye opening, mammals are capable of pretty sophisticated behavior,” said Professor Crair. “But how do the circuits form that allow us to perceive motion and navigate the world? It turns out we are born capable of many of these behaviors, at least in rudimentary form.”

Professor Crair’s team, including graduate students Xinxin Ge and Kathy Zhang, used brain imaging to study waves of activity in newborn mice. The researchers looked at the brains of the mice soon after birth but before their eyes opened.

The investigation revealed that the retinal waves of newborn mammals flow in a pattern that mimics the activity that would occur if the animal were moving forward through the environment.

This early dream-like activity makes evolutionary sense because it allows a mouse to anticipate what it will experience after opening its eyes, and be prepared to respond immediately to environmental threats,” explained Professor Crair.

The team took a closer look at the cells and circuits responsible for producing the retinal waves. By blocking the function of starburst amacrine cells, which release neurotransmitters in the retina, the researchers could stop the waves from mimicking forward motion. As a result, the mouse’s ability to respond to visual motion after birth was impaired.

“These brain circuits are self-organized at birth and some of the early teaching is already done,” said Professor Crair. “It’s like dreaming about what you are going to see before you even open your eyes.”