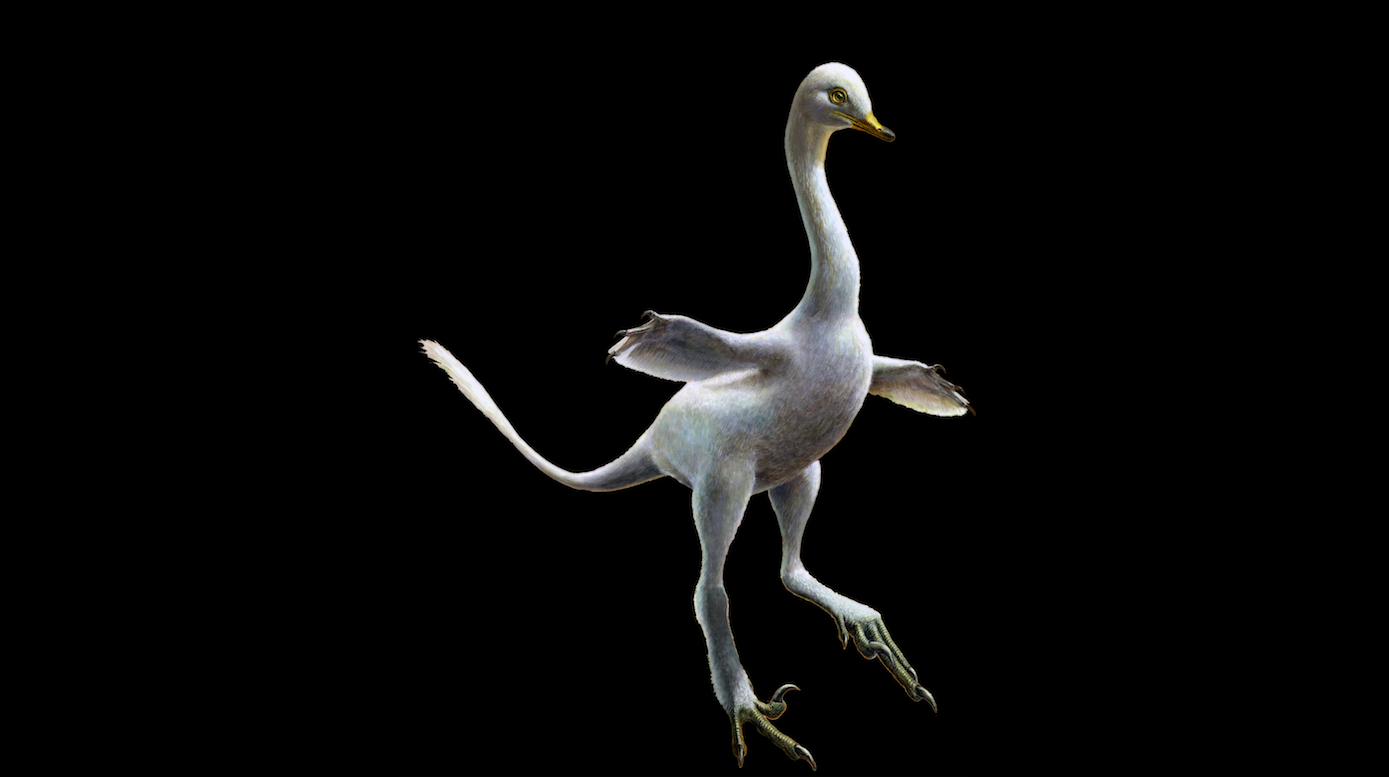 An international research team is describing a new genus and bird-like species of dinosaur which is extremely unique. The discovery of the 75 million-year-old predator, Halszkaraptor escuilliei, is giving scientists new insight into the lifestyle of some raptorial dinosaurs.

A well-preserved dinosaur skeleton from Mongolia has a unique combination of features that is helping experts to define the new group of semi-aquatic predators, which are related to Velociraptor. The species lived during the Campanian stage of the Cretaceous period.

The fossil, nicknamed Halszka, was found in area of southern Mongolia that is often targeted by poachers.

“Illicit fossil trade presents a great challenge to modern palaeontology and accounts for a dramatic loss of Mongolian scientific heritage,” explained study co-author Pascal Godefroit. “Illegally exported from Mongolia, Halszka resided in private collections around the world before it was acquired in 2015 and offered to palaeontologists for study and to prepare its return to Mongolia.”

For 160 million years during the Mesozoic Era, terrestrial carnivores like Tyrannosaurus and Velociraptor became the dominant predators on all continents, yet never conquered aquatic environments.

Using detailed 3D synchrotron analysis, the researchers found that Halszka had a swan neck and flippers on its forelimbs. This indicates that these dinosaurs adopted a semi-aquatic lifestyle, which is an unanticipated find. Halszka also had sickle-shaped “killer claws” on its feet like Velociraptor.

“The first time I examined the specimen, I even questioned whether it was a genuine fossil” said lead author Andrea Cau of the Geological Museum Capellini in Bologna. “This unexpected mix of traits makes it difficult to place Halszka within traditional classifications.”

While several significant groups of predatory dinosaurs have been uncovered in Mongolia, Halszka does not belong to any of them. Features identified on the fossil resemble those of reptilian and avian groups with semi-aquatic or aquatic lifestyles.

“Our first goal was to demonstrate that this bizarre and unexpected fossil is indeed a genuine animal: multi-resolution scanning confirmed that the skeleton is not a composite assembled from parts of different dinosaurs,” explained Dennis Voeten of the European Synchrotron Radiation Facility.

“We implemented new methods for the acquisition and optimisation of tomographic scan data, which not only confirmed the integrity of the specimen, but also revealed additional palaeontological information,” said co-author Vincent Fernandez.

The synchrotron was even able to show parts of the skeleton that have been preserved deep within the rock ever since the dinosaur got buried.

“Our analysis demonstrated that numerous teeth, which are not visible externally, are still preserved inside the mouth,” said co-author Vincent Beyrand. “We also identified a neurovascular mesh inside its snout that resembles those of modern crocodiles to a remarkable degree. These aspects suggest that Halszka was an aquatic predator.”

“When we look beyond fossil dinosaurs, we find most of Halszkaraptor‘s unusual features among aquatic reptiles and swimming birds,” explained Cau. “The peculiar morphology of Halszkaraptor fits best with that of an amphibious predator that was adapted to a combined terrestrial and aquatic ecology: a peculiar lifestyle that was previously unreported in these dinosaurs. Thanks to synchrotron tomography, we now demonstrate that raptorial dinosaurs not only ran and flew, but also swam!”

The findings of the study are published in the journal Nature.