Newly discovered organ may be the largest in the human body • Earth.com 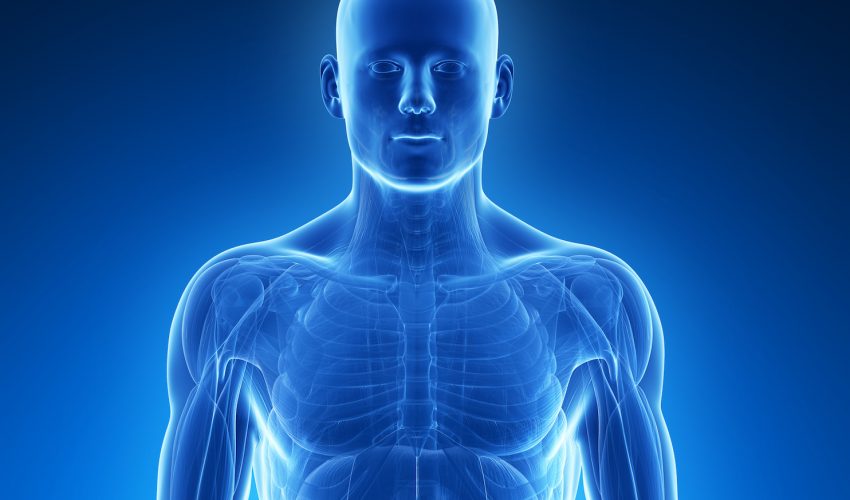 Newly discovered organ may be the largest in the human body

The largest organ in the human body is the skin, but researchers may have discovered a new organ that’s even bigger.

A team of researchers from the New York University School of Medicine happened upon the discovery while studying bile ducts in cancer patients.

What the researchers found was a vast network of connected fluid-filled compartments held together in a web of collagen and elastin.

Called the interstitium, it is found all over the body just beneath the top layer of skin and lines the digestive tract, arteries, and lungs. The researchers say that the organ acts as a shock absorber.

The results were recently published in the Journal Scientific Reports.

According to the researchers, the interstitium acts as a fluid highway and drains into the lymphatic system. The amount of fluid moving throughout the compartments could also help explain how water in the body is dispersed.

“You’re talking about the remaining extracellular fluid that’s unaccounted for,” said Neil Theise, the co-senior author of the study in an interview with National Geographic.

Scientists have long known that the human body is made up of 70 percent water, two-thirds of which is found in the cells. Where the remaining fluid originates in the body has not been well understood until now.

The reason the interstitium has gone undetected for so long is that traditional methods of examining tissue samples under a microscope drained the interstitium’s compartments leaving it flat.

Studying a tissue sample involves treating thinly sliced tissue with chemicals. The chemicals dye certain features in the tissue but drain away all fluid. Theise and his colleagues happened across their discovery by looking at live tissue samples.

“This fixation artifact of collapse has made a fluid-filled tissue type throughout the body appear solid in biopsy slides for decades, and our results correct for this to expand the anatomy of most tissues,” said Theise. “This finding has potential to drive dramatic advances in medicine, including the possibility that the direct sampling of interstitial fluid may become a powerful diagnostic tool.” 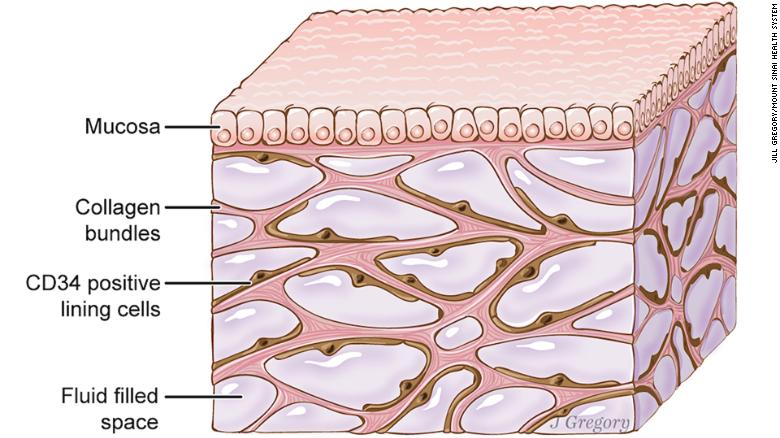 First, the researchers used a new technology that allows scientists to view living tissues with a camera probe.

The research team was originally studying the spread of cancer in the bile duct of several patients, but in doing so the team noticed a connective web of cavities. Upon further inspection, this web of fluid-filled compartments was found all over the body.

The new discovery is exciting with a lot of promising implications for furthering our understanding of the human body.

However, because it is such a radical finding, future studies will need to be conducted before the interstitium is officially recognized as a new organ.