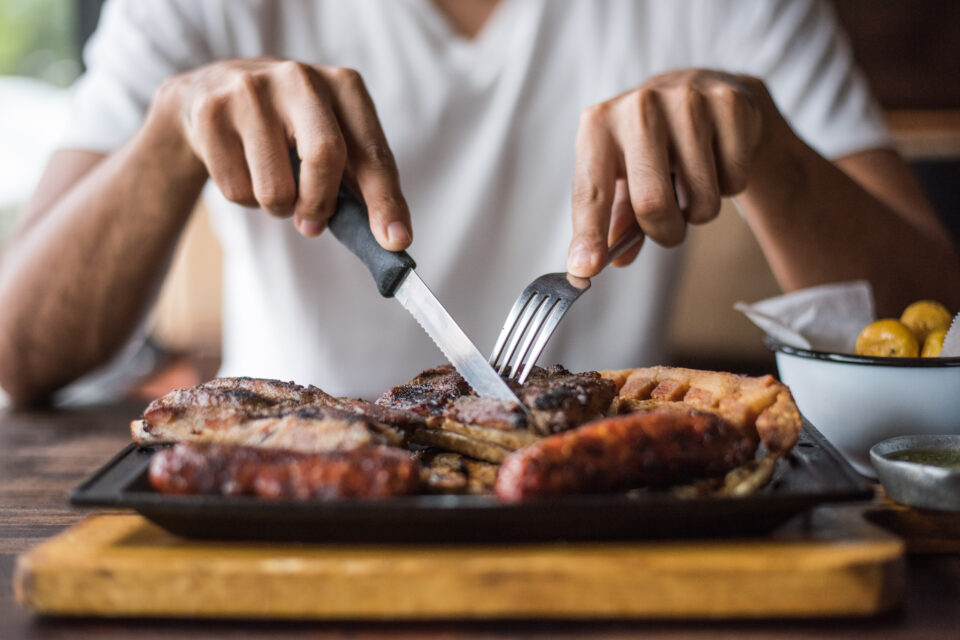 According to a new study led by the University of Leeds, healthier diets are linked to lower levels of greenhouse gas emissions. The scientists discovered that men’s diets, which usually consist of a larger amount of meat, are linked to 41 percent higher greenhouse gas emissions than women’s, and that non-vegetarian diets in general produce 59 percent more emissions than vegetarian ones.

Food production is a major source of greenhouse gases, accounting for over 30 percent of the total emissions. Less environmentally sustainable diets are usually more processed, energy-dense, and nutrient-poor. After identifying the amounts of emissions caused by 3,233 types of foods, the researchers evaluated the nutritional benefits and emission footprints of the diets of 212 UK adults over three days.

“There are broad-brush concepts like reducing our meat intake, particularly red meat,” the study authors wrote. “But our work also shows that big gains can be made from small changes, like cutting out sweets, or potentially just by switching brands.”

“Our work is not showing you need to give up meat entirely, but that diets with less meat are more sustainable,” explained study co-author Darren Greenwood, a biostatistician at the University of Leeds.

“Eat less meat. When you do eat meat, eat better quality meat. That’s the message. Cutting down on sweets, cakes and biscuits can also help reduce our impact on the environment, as well as being healthier.”

Further research is needed to take into consideration more factors, such as food brands, countries of origin, and other environmental impacts besides those related to greenhouse gas emissions.