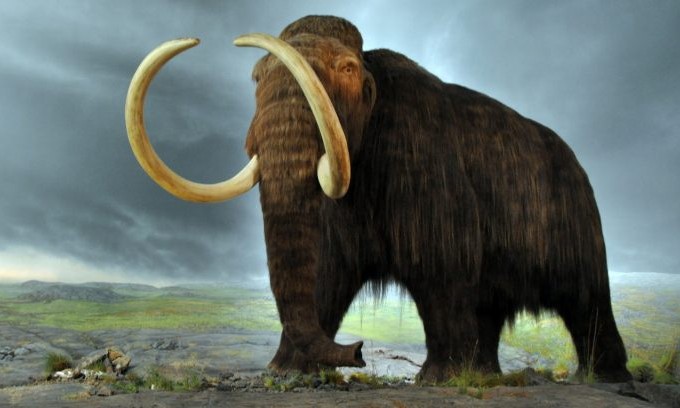 North America's largest mammals were a casualty of climate change

Around 10,000 years ago, the largest mammals in North America completely vanished. Megafauna including mammoths, ground sloths, and giant beavers were widely believed to have fallen victim to overhunting by rapidly expanding human populations, with climate change playing a significant role in the extinctions as well.

But now, experts at the Max Planck Institute for Chemical Ecology have found that climate change actually played a leading role in the disappearance of North American megafauna. Based on a new statistical modeling approach, the study shows that a drastic decrease in temperatures around 13,000 years ago likely initiated the decline of giant mammal populations.

For the last six decades, the prevailing theory was that the arrival of specialized “big-game” hunters in North America about 14,000 years ago led to the rapid decline of large mammals. It has also been debated that there is not enough archaeological evidence that overhunting was persistent or widespread enough to cause extinctions, and that dramatic climate and ecological changes may have been responsible for megafauna extinctions.

Around the time of the extinction event, there were two major climate changes, beginning with a period of abrupt warming that began around 14,700 years ago. This climate warming was followed by a cold snap around 12,900 years ago during which the Northern Hemisphere returned to near-glacial conditions.

“A common approach has been to try to determine the timing of megafauna extinctions and to see how they align with human arrival in the Americas or some climatic event,” said study co-lead author Mathew Stewart.

“However, extinction is a process – meaning that it unfolds over some span of time – and so to understand what caused the demise of North America’s megafauna, it’s crucial that we understand how their populations fluctuated in the lead up to extinction. Without those long-term patterns, all we can see are rough coincidences.”

Traditionally, experts have used the radiocarbon record to estimate past population sizes, but there is a level of uncertainty associated with radiocarbon dates.

“As a result, you can end up seeing trends in the data that don’t really exist, making this method rather unsuitable for capturing changes in past population levels,” explained study co-lead author W. Christopher Carleton.

“Using simulation studies where we know what the real patterns in the data are, we have been able to show that the new method does not have the same problems. As a result, our method is able to do a much better job capturing through-time changes in population levels using the radiocarbon record.”

To investigate, the researchers applied a new statistical approach that was developed by Carleton. The results show that megafauna populations fluctuated in response to climate change.

“Megafauna populations appear to have been increasing as North American began to warm around 14,700 years ago,” said Stewart. “But we then see a shift in this trend around 12,900 years ago as North America began to drastically cool, and shortly after this we begin to see the extinctions of megafauna occur.”

While the findings suggest that the return to near glacial conditions was the direct cause for megafauna extinctions, human activities such as overhunting and habitat modification likely played an indirect role.

“We must consider the ecological changes associated with these climate changes at both a continental and regional scale if we want to have a proper understanding of what drove these extinctions,” explained study senior author Huw Groucutt. “Humans also aren’t completely off the hook, as it remains possible that they played a more nuanced role in the megafauna extinctions than simple overkill models suggest.”