The Northern Lights have captivated humans for thousands of years • Earth.com 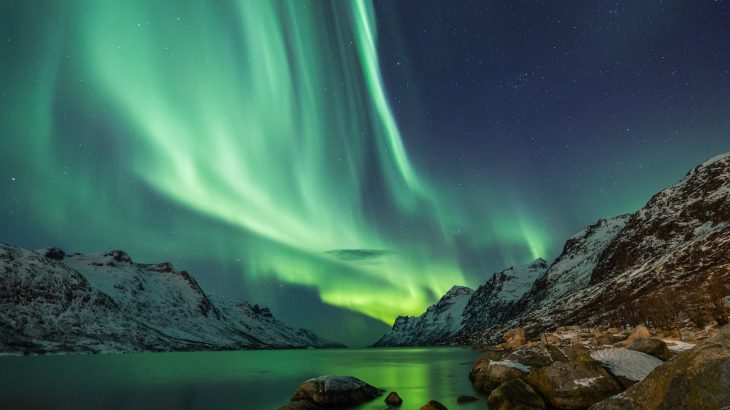 The Northern Lights have captivated humans for thousands of years

The Northern Lights, also known as Aurora Borealis, are one of nature’s most awe-inspiring phenomena.

For thousands of years people have looked up at the dancing spectacle that is the Northern Lights, and they continue to fascinate us today.

Only appearing in the Northern Hemisphere, the streaks of green, blue, pink, and violet are caused by solar particles reacting with Earth’s magnetic field.

The Sun is 93 million miles away, but the volatile star frequently sends charged particles speeding towards Earth.

When the charged particles collide into Earth’s atmosphere and the magnetic field, it releases light particles. The particles spiral and move along with the magnetic current. 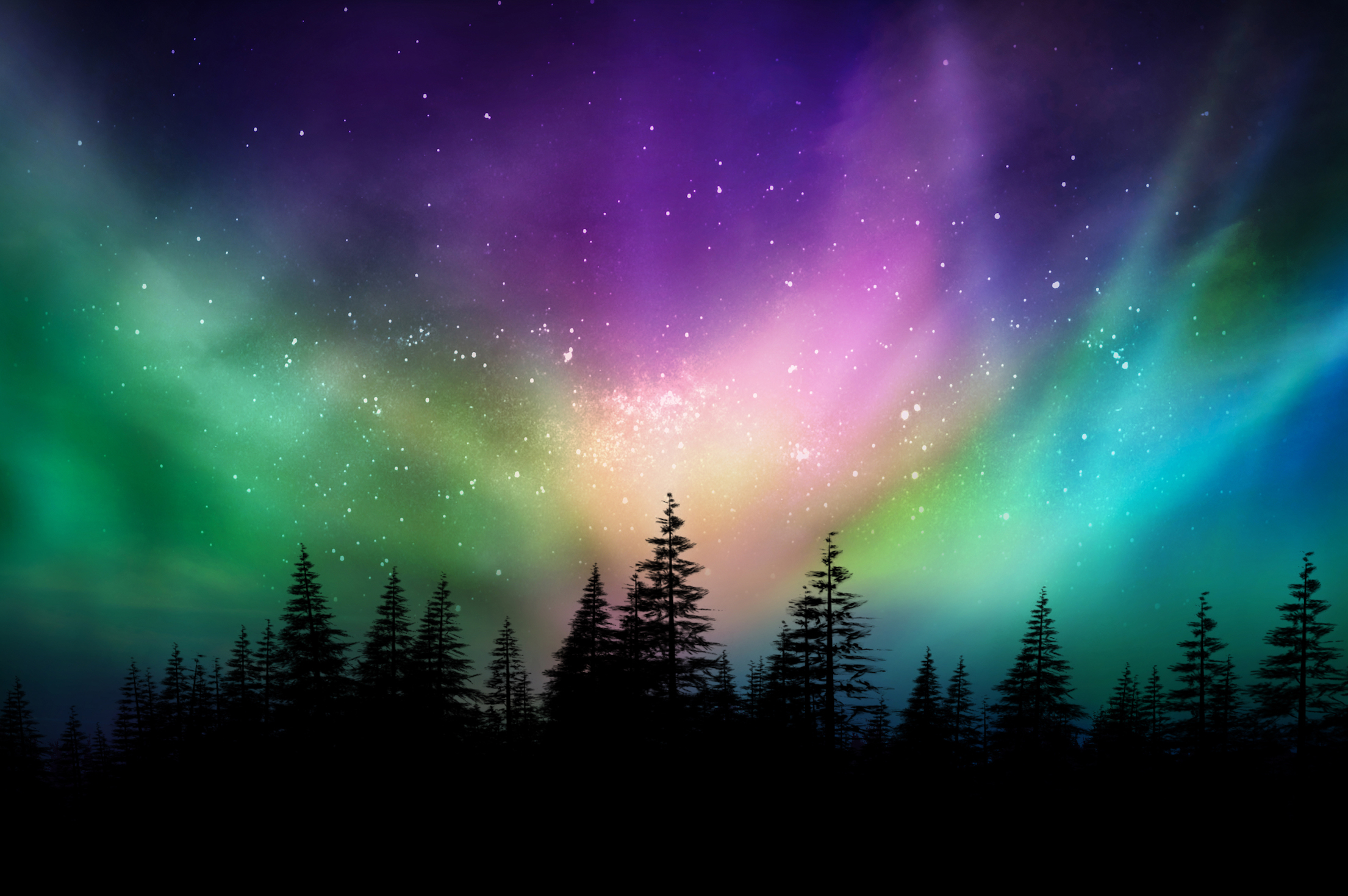 It’s thought that the gases in the Earth’s atmosphere are responsible for the different vivid colors, with oxygen producing a green hue and nitrogen causing a blue or red color.

These bright displays are visible from space, and the northern lights are not the only aurora on Earth. In the Southern hemisphere, the Southern Lights are called Aurora Australis and are only visible in Tasmania.

The Northern Lights have held different meanings throughout the years with some seeing the bright dancing colors as an omen or sign of prosperity. 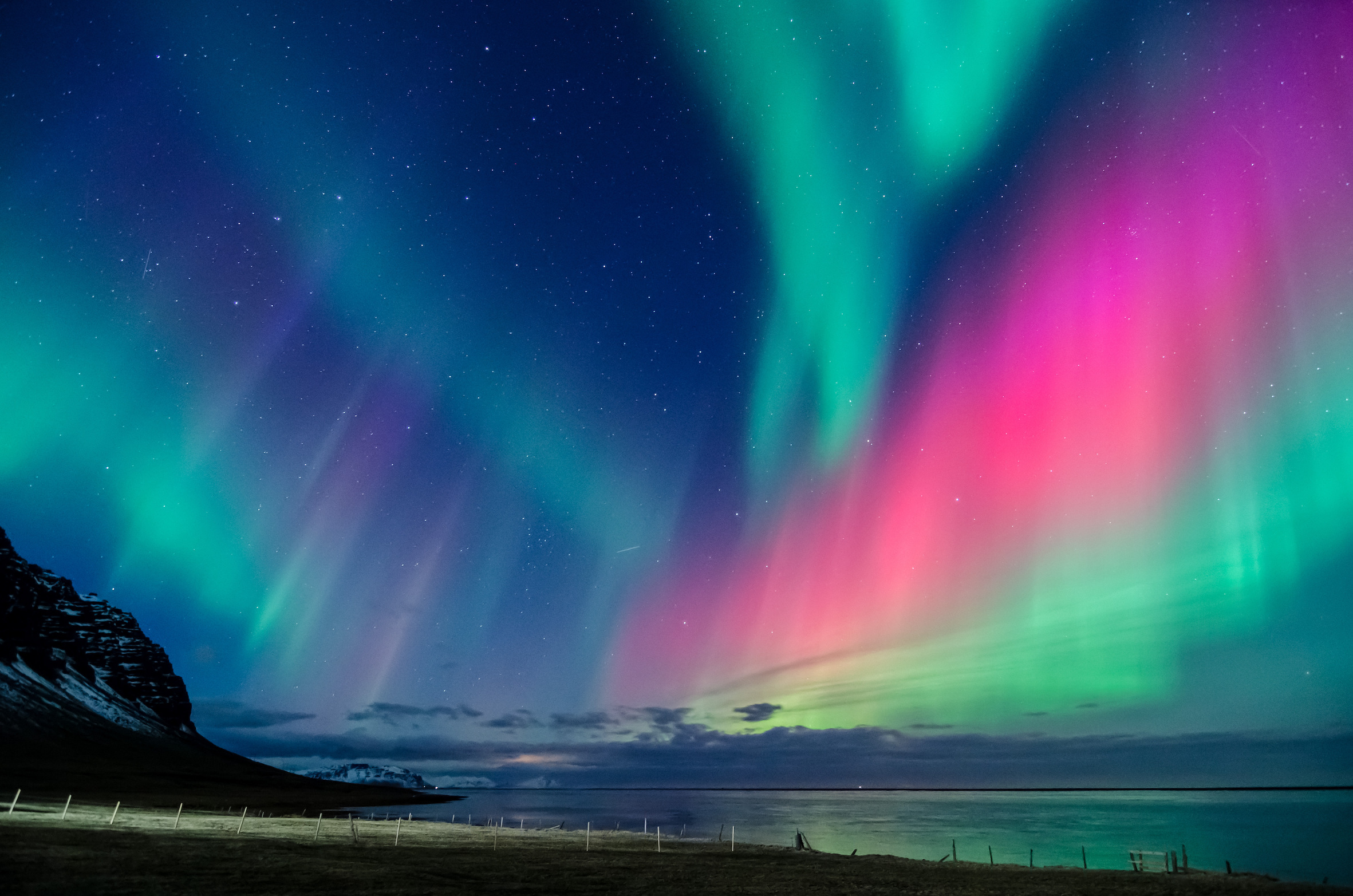 Norse mythology saw the lights as a bridge to the gods, and in France they were thought to foretell strife. Scandinavians felt the lights were a good sign promising bounty and painless childbirth.

Speaking of Iceland, the country is one of the most popular destinations for Northern Lights vacations and tours. If you’ve always wanted to witness the Northern Lights for yourself in vivid technicolor, Iceland, Norway, Sweden, Alaska, and Canada are some of the best places to it.

Just make sure when planning your trip you know the best time of year to see the lights.

Many summer vacationers to Alaska or Iceland are disappointed by the lack of lights because the closer you get to the Arctic Circle, the longer the summer days are, and in some areas the Sun never sets through the season.