Northern lights linked to electrons traveling at millions of miles per hour • Earth.com 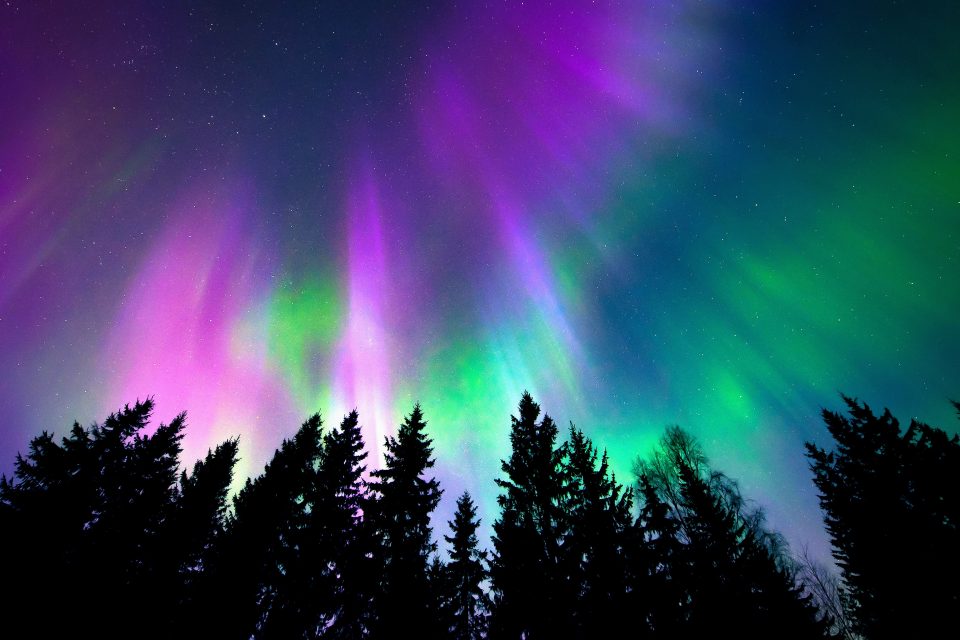 The northern lights are created by high-powered electromagnetic waves that propel electrons toward Earth at a speed of millions of miles per hour. This decades-old theory has been confirmed in a new study by scientists at the University of Iowa.

“The shimmering displays of the aurora borealis have always fascinated humankind since the dawn of civilization, first inspiring both awe and fear for their seemingly mysterious origin, but more recently capturing the attention of scientists curious to explain what causes this natural phenomenon,” study co-author Professor Greg Howes writes in the journal Nature Communications.

“One of the proposed theories to explain the discrete auroral arcs – the most widely known type of the aurora, which appears as bright and undulating curtains of light – involves the acceleration of electrons by Earthward traveling Alfven waves, with a progression of events as follows.”

Professor Howes explains that violent events on the Sun, such as solar flares and coronal mass ejections, disturb the flow of the solar wind that moves through the solar system. These disturbances, he says,  can trigger severe geomagnetic storms directed at the Earth, accompanied by some of the most intense auroral displays.

“The dynamics of the geomagnetic storm drives a process called magnetic reconnection in the Earth’s distant magnetotail, in which magnetic field lines break and reform, eventually snapping back towards the Earth due to magnetic tension, like a stretched rubber band that is suddenly released.”

“This rebounding of the magnetic field launches Alfven waves that travel Earthward along the magnetic field. At altitudes below about three Earth radii (20,000 km, or 12,000 mi), where Alfven wave speed exceeds the electron thermal velocity, electrons moving in the same direction as the Alfven wave can be efficiently accelerated by the wave to higher speeds.”

The electrons “surf” on the electric field of the Alfven wave, picking up speed from the energy of the wave. This process, known as Landau damping, was first proposed in 1946 by Russian physicist Lev Landau.

In the current study, the experts determined that the accelerated electrons travel at speeds of up to 45 million miles per hour. Streaming down along the Earth’s magnetic field, the supercharged electrons collide with oxygen and nitrogen atoms in the thin air of the upper atmosphere.

“The impact causes these atoms and molecules to emit light, resulting in the glow of the shimmering curtains of light in discrete auroral arcs,” explains Professor Howes.

For the investigation, researchers from the University of Iowa collaborated with experts at Wheaton College and UCLA to conduct experiments on the Large Plasma Device (LAPD) at UCLA’s Basic Plasma Science Facility. The team replicated the conditions of Earth’s auroral magnetosphere in the laboratory.

“The research team used an innovative analysis technique that combines the measurements of the wave’s electric field and the electrons to generate a unique signature of the electron acceleration by Landau damping,” notes Professor Howes.

“Through numerical simulations and mathematical modeling, they showed that the signature of acceleration measured in the experiment agreed with the predicted signature for Landau damping.”

“The agreement of experiment, simulation, and modeling provides the first direct test showing that Alfven waves produce accelerated electrons that cause auroras.”