Ocean acidification on the Great Barrier Reef could be delayed by 10 years • Earth.com 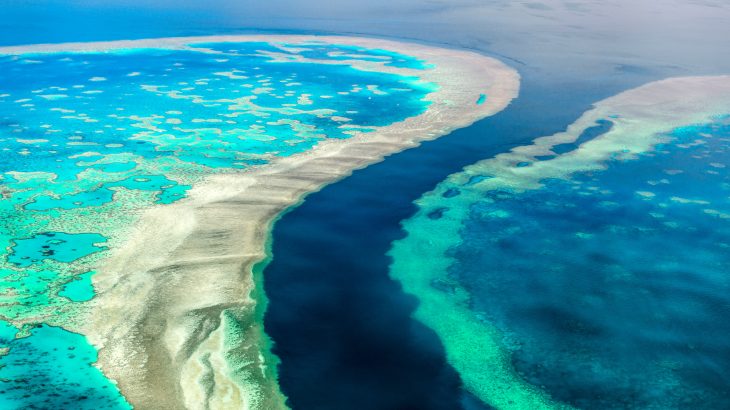 Scientists have found a way to delay ocean acidification in the waters surrounding the Great Barrier Reef. According to a study from IOP Publishing, injecting an alkalinizing agent into the ocean along the length of the reef could offset a decade’s worth of ocean acidification.

Researchers with CSIRO Oceans and Atmosphere used a high-resolution model to investigate how artificial ocean alkalinization may influence acidity.

The Great Barrier Reef is currently facing unprecedented stress from a combination of sources, including ocean warming, tropical cyclones, sediment and nutrient runoff, and ocean acidification.

When it comes to the long-term viability of the reef, ocean acidification is one of the most significant threats, limiting the ability of the corals to recover from bleaching events.

Scientists are exploring a range of potential solutions to minimize environmental stress and to maximize the resilience of coral reef ecosystems.

Artificial ocean alkalinization is a carbon dioxide removal (CDR) method which aims to offset the changes associated with ocean acidification. Adding a source of alkalinity – such as olivine – to seawater will essentially “reverse” the shift in chemistry that occurs as the ocean absorbs CO2 from the atmosphere.

The experts noted that olivine is an abundant mineral resource that is already mined near the Great Barrier Reef.

“The majority of the artificial ocean alkalinization modeling studies to date have focused on the potential for alkalinization as a carbon dioxide removal technique. Few studies have explored the role of alkalinization with a focus on offsetting the changes associated with ocean acidification at a regional scale,” explained the study authors.

The results of the model simulations showed that by releasing the alkalinizing agent from an existing shipping lane, the resulting de-acidification would reach almost the whole of the Great Barrier Reef.

The experts found that by using existing shipping infrastructure to deliver the source of alkalinity into the water, artificial ocean alkalinization could offset or ameliorate the projected acidification on 250 reefs by ten years. In the process, 35,000 tons of carbon would be sequestered each year.