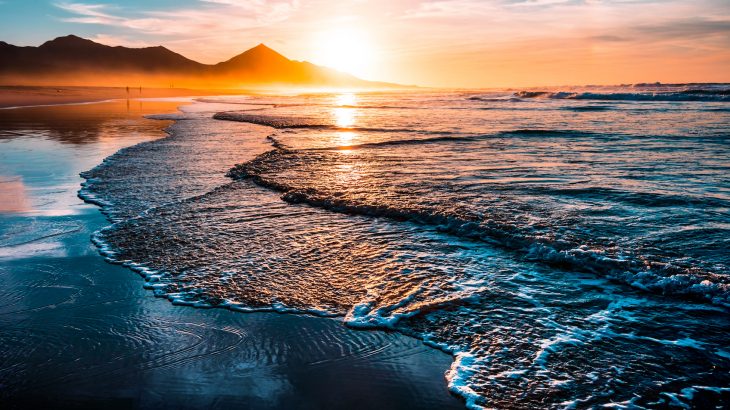 Scientists at Oregon State University have determined that the potential for ocean-based strategies to support climate change mitigation is much greater than what has been previously recognized.

Led by Professor Jane Lubchenco, the researchers linked the findings of two new reports from the International Panel on Climate Change and the High Level Panel for a Sustainable Ocean Economy.

Lubchenco explained that the key takeaway of the reports is that we can now think of the ocean as a source of solutions, not just a victim of climate change. While the ocean has been bearing the brunt of climate change to date, new approaches to sustainable use of the ocean could play a major role in achieving the Paris Agreement target of limiting global warming to 1.5 degrees Celsius.

“The IPCC Special Report on the Ocean and Cryosphere paints a gloomy picture of the impacts of climate change on the ocean, ocean ecosystems and people, and an even more dismal portrayal of what is in store unless we get serious about reducing greenhouse gas emissions rapidly,” said Lubchenco.

“But the new analysis conducted for the High Level Panel for a Sustainable Ocean Economy concludes that ocean-based activities have significant potential to help us actually reach the 1.5-degree Celsius target by 2050 – much greater potential than anyone realized.”

The High Level Panel report evaluated the potential for five categories of ocean-based activities to reduce, sequester, and store emissions. These categories include: ocean-based renewable energy, ocean-based transport, protecting and restoring marine ecosystems, shifting diets to include more protein from seafood and less land-animal protein, and storing carbon in the seabed.

“The report concludes that the first four of those can be deployed right away, but seabed carbon storage will require additional research,” said Lubchenco, who co-chaired the expert group that advises the panel.

“Combined, there is the potential for ocean-based activities to provide as much as 21% of the emission reductions needed to achieve the 1.5-degree target by 2050. That means in addition to the options for reducing emissions that we already knew about, we now have some new and powerful tools to deploy.”

“Collectively, those nations represent 30% of the world’s coastlines and ocean territories, 20% of the fisheries’ catches, and 20% of the shipping,” said Lubchenco. “This report is the first from the group; 16 others will follow.”

The panel has released a Call to Ocean-Based Climate Action, which challenges, nations, businesses, and society in general to promote activities that will help slow global warming. Six types of actions were proposed, including investment in nature-based climate solutions and expanding ocean observation and research.

“The report from the International Panel on Climate Change basically says, ‘the problem is bad and likely to get much worse unless we act’; the High Level Panel report says, ‘here’s what we can do, it will matter, and take hope,'” said Lubchenco. “Our paper in Science aims to connect the dots between those two.”