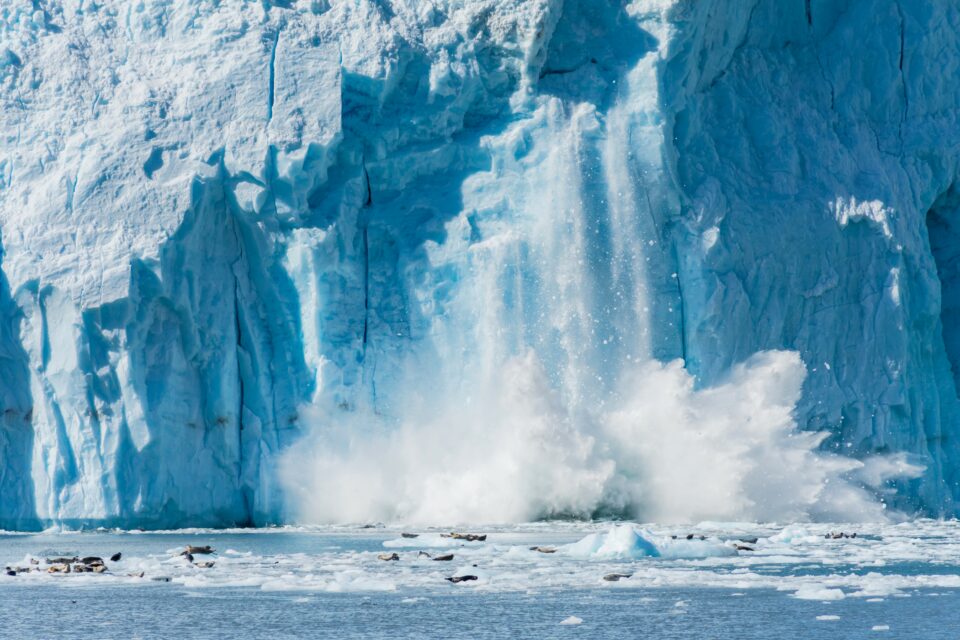 A new comprehensive report on the status of oceans worldwide warns of unprecedented levels of climate change, including the warming of the Arctic Ocean, a 90 percent reduction of sea ice thickness in the Barents Sea, extreme variability in the North Sea, and record sea levels in the Mediterranean. The Copernicus Marine Service Ocean Report, led by Mercator Ocean international (MOi), drew upon the expertise of over 120 scientists from more than 30 European institutions.

Scientists have discovered that Arctic sea levels have reached record lows in the past two years, dropping by nearly 13 percent per decade from 1979 to 2020. The warming of the Arctic Ocean contributed to four percent of the whole global ocean warming.

The near 90 percent reduction of ice levels in the Barents sea led to a significant  decrease in sea ice import from the polar basin, while the variable heat spells and cold waves characterizing the North Sea caused changes in fishing patterns.

“Climate change, pollution, and overexploitation have placed unprecedented pressures on the ocean requiring the urgent need for sustainable measures for governance, adaptation, and management in order to secure the various life support roles the ocean offers for human well-being,” said study leader Dr. Karina von Schuckmann, an oceanographer at MOi.

“Scientifically-sound knowledge derived from high-quality ocean products and delivered by ocean services is critical to stimulate transformative change. Considering the ocean as a fundamental factor in the Earth system and embracing the multidimensional and interconnected nature of the ocean is the bedrock for a sustainable future.”

In order to address these challenges, new tools and technologies are needed. These include alert systems, forecasting technologies, and real-time monitoring programs that will help protect both marine environments and the human communities that depend on them.

“This issue of the Copernicus Ocean State Report provides insight into the design and functioning of downstream tools and is approached from several angles, presenting the state of the changing ocean, examining evolving impacts of the changing ocean in line with climate change on environmental, human, social, and economic systems, and discussing the importance of science, data and services for society and policy in adapting to these impacts,” explained Dr. von Schuckmann.

The report is published in the Journal of Operational Oceanography.