Oceans will soon shift from natural to manmade • Earth.com 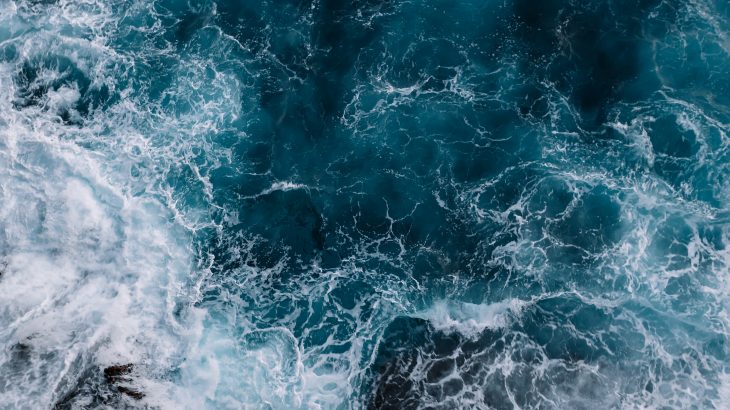 Oceans will soon shift from natural to manmade

An investigation from the University of Reading has revealed that more than half of the world’s oceans are already affected by climate change. Over the next few decades, this amount will rise to 80 percent.

Human-induced changes in ocean salinity and temperatures will eventually overpower natural variations. Using climate models and deep sea observations, the researchers have calculated the timing of this tipping point for the very first time.

“We were interested in whether the levels of temperatures and salt were great enough to overcome natural variability in these deeper areas, that is if they had risen or fallen higher than they ever would during the normal peaks and troughs,” said study lead author Yona Silvy. “This affects global ocean circulation, sea level rise and poses a threat to human societies and ecosystems.”

The study estimated that 20 to 55 percent of the Atlantic, Pacific and Indian oceans now have noticeably different temperatures and salt levels. These alterations will reach to up to 60 percent by the middle of the century and to 80 percent by 2080.

“We have been detecting ocean temperatures change at the surface due to climate change for several decades now, but changes in vast areas of the ocean, particularly deeper parts, are much more challenging to detect,” explained study co-author Professor Eric Guilyardi.

Previous studies have primarily assessed the impact of climate change on the ocean by looking at surface temperatures, rainfall, and sea level rise. However, the complex task of analyzing the effects deeper in the ocean delivers a clearer picture. In the deep sea, heat and salt spread at a slower rate due to weaker mixing processes.

The researchers analyzed computer model simulations of the deep sea with and without the influence of human activities. They accounted for temperature and ocean salinity to detect significant changes and their date of likely detection, also known as the “time of emergence.” Regardless of this timing, deep sea regions will hold the memory of the impacts for centuries.

The simulations showed that changes above natural variability will be seen in the Northern Hemisphere oceans between 2010 and 2030, which means that shifts in temperature and salinity have already taken place.

The earlier changes seen in the Southern Hemisphere are likely more extreme than what is known, considering that this part of the world is poorly observed and sampled.

According to the researchers, improved ocean observation and greater investment in ocean modeling is needed to monitor the extent of the impact of climate change on the world’s oceans, and predict more accurately the wider effect this could have on the planet.