Oceans with no corals will have half as many types of fish • Earth.com 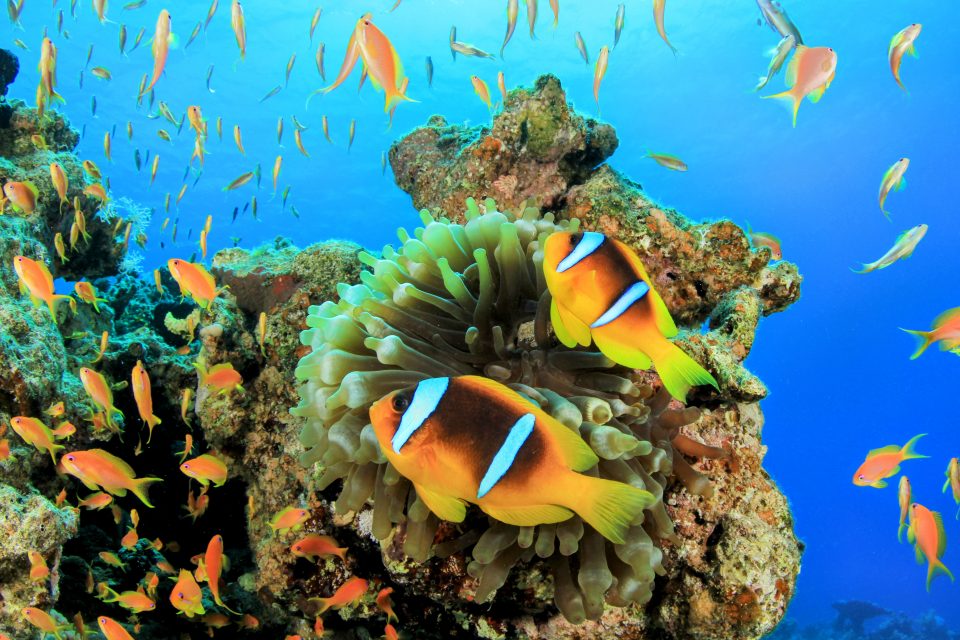 Researchers at the the University of Helsinki set out to predict how reef fish diversity will respond to the increasing loss of corals. They found that future oceans without corals would have only about half as many fish species.

It is critically important for experts to anticipate how marine communities will be impacted by coral loss, particularly considering that reef fishes provide protein to millions of people. The current study estimates that future coral loss could reduce fish diversity by more than 40 percent on a global scale.

The research was conducted by an international team of marine biologists. The team started by mapping tropical fish and coral diversity across the world’s oceans for every square degree latitude and longitude.

After controlling for factors that drive diversity in general, the researchers found that areas with diverse corals still tended to have more types of fish. This suggests that coral diversity promotes reef fish diversity.

“This is not particularly surprising given that corals provide a unique food source for some species, as well as a three-dimensional habitat that many species use for shelter,” said study lead author Giovanni Strona. “And the fish that depend on corals may be prey for fish that don’t depend directly on corals.”

The results of the study indicate that if all corals were to disappear, so would more than 40 percent of the world’s tropical reef fish. This is a much greater loss than expected based on the species that are known to depend directly or even indirectly on coral, and suggests that large marine food webs will begin to unravel if corals go extinct.

The impacts will be more severe in some regions than others. For example, the Central Pacific is projected to lose more than 60 percent of its reef fish, compared with only 10 percent in the Western Atlantic.

“For anyone who has enjoyed snorkeling on a coral reef, or for the millions of people that depend on reef fishes for food, this thought experiment should be concerning. But it also inspires greater efforts to conserve and restore coral reefs,” explained study co-author Kevin Lafferty of the USGS.

“The benefits of doing so would extend far beyond corals, to fish and other organisms that depend directly or indirectly on corals.”