Octopus farms could have a dangerous environmental ripple effect • Earth.com 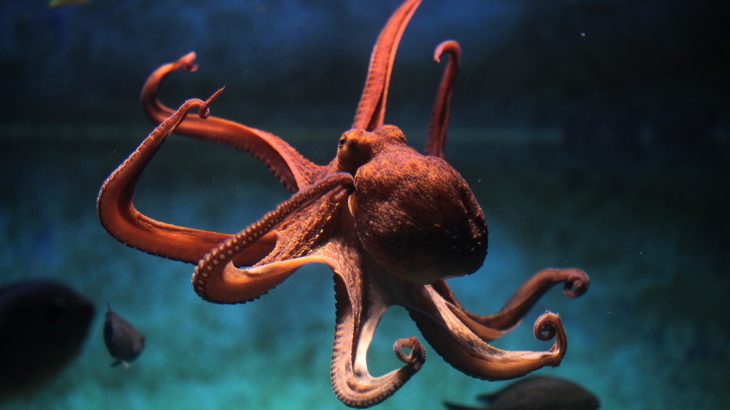 Octopus farms could have a dangerous environmental ripple effect

Fish farms can provide millions of tons of fish to countries around the world, and as the future of food security is largely uncertain due to climate change, aquaculture could become an important food source in the coming years.

Several countries have expressed interest in octopus farms, and the short life spans and numerous hatchlings of a female octopus make the eight-legged cephalopod seem like an ideal fit for domestication.

But a new analysis of octopus farms published in the journal Issues in Science and Technology warns that octopus farms could have a dangerous environmental impact.

“We are all living during the rapid domestication of aquatic species, and research is almost entirely around the question of which aquatic animals we can farm, rather than which animals we should farm,” said Jennifer Jacquet, the lead author of the study.

After examining the pros and cons of octopus aquaculture, the researchers found that octopus farming would threaten the wellbeing of octopuses in those conditions and would result in a negative ripple effect.

The analysis comes at a crucial time since many countries like Japan, Spain and Mexico are already working to develop commercial octopus farming operations. One seafood company based in Japan has announced plans to distribute fully farmed market-ready octopus as early as 2020.

“Universities and companies are investing time and money into farming octopus, which we believe is a big mistake,” said Jacquet. “Mass producing octopus would repeat many of the same mistakes we made on land in terms of high environmental and animal welfare impacts, and be in some ways worse because we have to feed octopus other animals.”

Around 550 aquatic species are farmed around the world, and the researchers say that because the majority of the fish are carnivorous (octopus included) farming these species puts added pressure on the food web. Additionally, 30 percent of the world’s fish harvest is used for feed.

Octopuses are also incredibly intelligent, and many aquariums have reported entertaining accounts of their resident octopus escaping its tanks or trying to manipulate its environments.

Placing an octopus in an enclosed fish farm would results in more octopus deaths, increased aggression (as octopus are generally solitary creatures), and pave the way for widespread infection and disease.

The researchers also say that octopus farms would produce high levels of nitrogen and phosphorus pollution.

Besides the impracticality of farming octopus, the researchers say that octopuses are not necessary for ensuring food security.

“If society decides we cannot farm octopus, it will mean relatively few people can continue to eat them,” the researchers explain. “However, in the case of octopus, this does not pose problems for food security. The main markets for octopus–Japan, South Korea, northern Mediterranean countries, the U.S., China, and Australia–are food secure.”