Octopuses adjust their hunting strategy according to prey • Earth.com 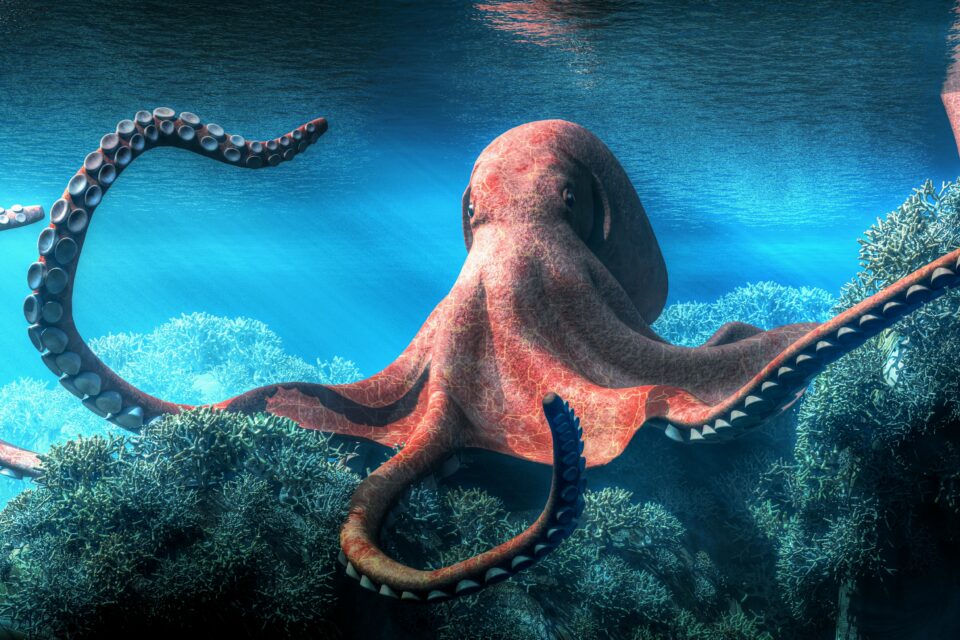 Octopuses adjust their hunting strategy according to prey

Well-known for their eight arms, octopuses leverage all of these appendages to move through the water and capture prey. Although their movements can look awkward and seemingly unplanned most of the times, a new study led by the University of Minnesota (UMN) has found that octopuses preferred certain arms over others when hunting, rather than using all arms equally, depending on the type of prey they aimed to capture.

“Normally when you look at an octopus for a short while, nothing is repeatable. They squirm around… and just look weird in their exploratory movements,” said study senior author Trevor Wardill, an assistant professor of Biology at UMN.

Together with his team, Wardill studied the behavior of the California two-spot octopus (Octopus bimaculoides), which lives about two years and grows to the size of tennis balls. By dropping different types of prey – including crabs and shrimp – into the tanks where the octopuses where kept, the scientists discovered that each type of prey required different hunting techniques.

Although no matter what type of prey came by, octopuses started their attack by using the second arm from the middle, when hunting crabs they pounced on the prey with a cat-like movement, while, when hunting the much faster shrimps, they were more careful to avoid spooking their prey, and used neighboring arms two and three to secure it.

The researchers were amazed to see how exceedingly repeatable the hunting behavior of octopuses was, and how predictably they began prey capture with the second arm. Better understanding how these creatures operate their tentacles could provide inspiration to engineers aiming to design bio-inspired robots.

“Octopuses are extremely strong. For them, to grasp and open a door is trivial, given their dexterity. If we can learn from octopuses, then we can apply that to making an underwater vehicle or soft robot application,” Professor Wardill concluded.