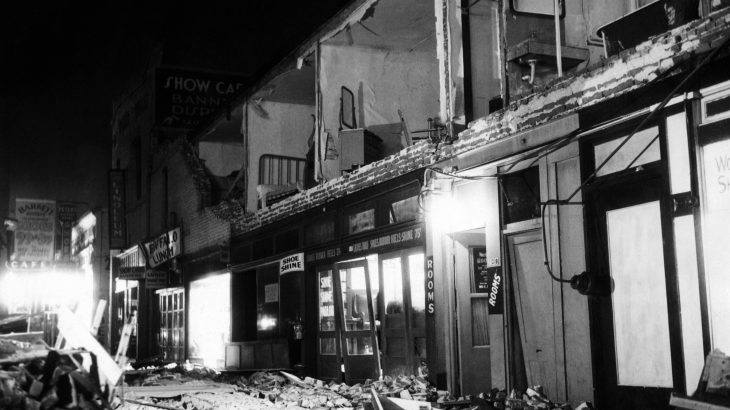 A new look at the history of oil drilling in Los Angeles has revealed that this activity likely contributed to a spike in moderate earthquakes between 1935 and 1944. According to the Los Angeles Times, oil pumping may have been responsible for as many as half of the mid-sized earthquakes that struck the region in the early 20th century.

In a report published by the American Geophysical Union, the researchers re-examined historical data on earthquake damage in the LA Basin.

Study lead author Susan Hough is a geophysicist at the U.S. Geological Survey in Pasadena. Hough told the Los Angeles Times: “The LA Basin could be a generally safer place for natural earthquakes than what we’ve estimated.”

There was an increase in moderate earthquakes between 1935 and 1944, with an average of one magnitude 4.4 to 5.1 quake every two years. Based on the data from sensors that began monitoring in 1932, the researchers examined the locations of the earthquakes. They found that many of the disturbances occurred near active oil fields.

“All these little earthquakes happened in the 1930s,” said study co-author Roger Bilham, a geologist at the University of Colorado. “It looked like the LA region was very active seismically, and of course it is quite active, but if you throw away those earthquakes induced by oil you come up with a lower rate of seismicity.”

According to the researchers, oil companies were drilling deep into active faults prior to the 1950s. The study revealed that earthquakes often occurred within months of an oil well expansion that extended beyond 1.9 miles underground.

Earthquake activity was reduced after the oil companies started using water-flooding wells to bring up oil in the late 1950s. The study authors pointed out that the earlier method of oil drilling did not actually cause the earthquakes, but simply accelerated quakes that would have happened in the next few hundred years.

“It turns out it would be almost impossible for the things they were doing in the 1930s not to produce earthquakes,” said Bilham. “In California, they were sucking out the oil so fast they were setting up these giant stresses near the oil fields, forces enough to break rock. And we know that they did break the rock because they produced earthquakes in the oil fields that severed the pipes.”

The study is published in the Journal of Geophysical Research.