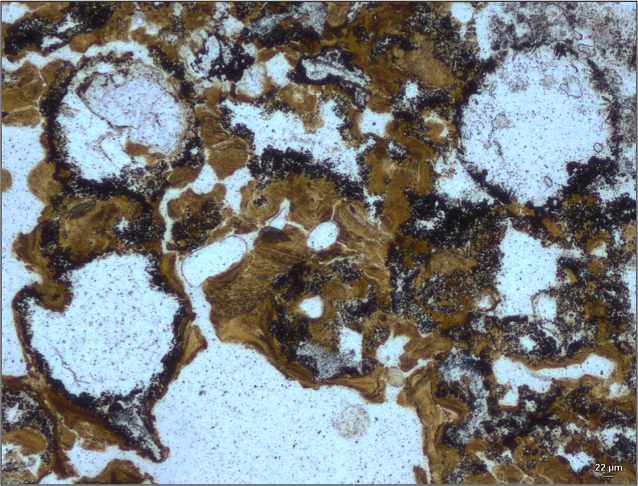 Life existed in hot springs about three billion years earlier than scientists believed, raising the possibility that life started on land, not the sea, a new study says.

Evidence of life was discovered by University of New South Wales scientists in 3.48 billion year-old billion old hot spring deposits in the Pilbara of Western Australia, the university said.

“Our exciting findings don’t just extend back the record of life living in hot springs by 3 billion years, they indicate that life was inhabiting the land much earlier than previously thought, by up to about 580 million years,” said the study’s first author, UNSW PhD candidate, Tara Djokic. “This may have implications for an origin of life in freshwater hot springs on land, rather than the more widely discussed idea that life developed in the ocean and adapted to land later.”

The findings could even have relevance for the study of Mars because the planet has ancient hot spring deposits of a similar age to the Dresser Formation in the Pilbara, Djokic said.

In the Dresser Formation,  researchers studied exceptionally well-preserved deposits which are approximately 3.5 billion years old. They interpreted the deposits were formed on land, not in the ocean, by identifying the presence of geyserite – a mineral deposit that is only found in a terrestrial hot spring environment. Previously, the oldest known geyserite had been identified from rocks about 400 million years old.

Within the Pilbara hot-spring deposits, the researchers also discovered stromatolites – layered rock structures created by communities of ancient microbes. There were other signs of early life in the deposits as well, including fossilized micro-stromatolites.

“This shows a diverse variety of life existed in fresh water, on land, very early in Earth’s history,” says Professor Van Kranendonk, Director of the Australian Centre for Astrobiology and head of the UNSW school of Biological, Earth and Environmental Sciences. “The Pilbara deposits are the same age as much of the crust of Mars, which makes hot spring deposits on the red planet an exciting target for our quest to find fossilised life there.”

The study, is published in the journal Nature Communications.