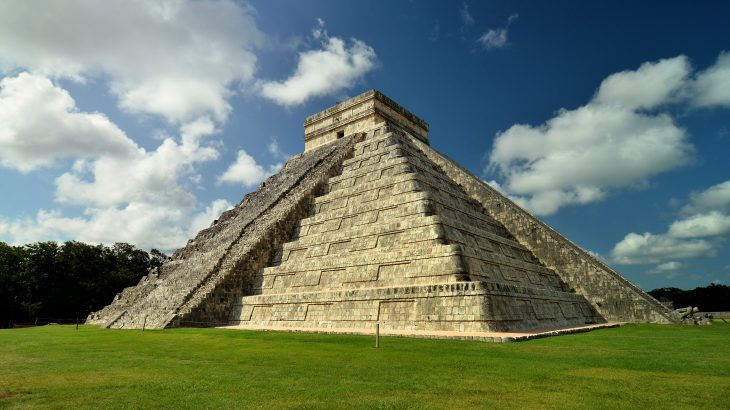 Anthropologists led by the University of Arizona have confirmed that a structure they discovered in 2017 is the largest and oldest Mayan monument ever found.

The building has been hidden just below the surface of the ground in Tabasco, Mexico, blending in with the landscape due to its large size and low profile.

Lidar technology enabled the team to estimate the size of the monument, Aguada Fénix, which measures 4,600 feet long and ranges from 30 to 50 feet high.

After the site was excavated, the experts used radiocarbon-dating on 69 samples of charcoal. They found that Aguada Fénix was constructed sometime between 1,000 to 800 B.C.

Prior to this, the Mayan site of Ceibal, built in 950 B.C., was the oldest known ceremonial center.

The newly described Mayan structure is now not only the oldest, but also the largest known in the entire Maya history. Its size exceeds pyramids and palaces that were constructed in later time periods.

“Using low-resolution lidar collected by the Mexican government, we noticed this huge platform. Then we did high-resolution lidar and confirmed the presence of a big building,” said Professor Takeshi Inomata.

“This area is developed – it’s not the jungle; people live there – but this site was not known because it is so flat and huge. It just looks like a natural landscape. But with lidar, it pops up as a very well-planned shape.”

According to Professor Inomata, the discovery marks a time of major change in Mesoamerica and has several implications.

For example, archaeologists have assumed that Mayan civilization developed much more slowly. Up until now, experts thought that small Mayan villages began to appear between 1000 and 350 B.C., during the Middle Preclassic period.

In addition, Aguada Fénix resembles the older Olmec civilization center of San Lorenzo located in the Mexican state of Veracruz. However, a lack of stone sculptures related to rulers and elites, such as thrones and colossal heads, suggests there was more social equality at the time Aguada Fénix was built.

The researchers said this particular finding highlights the importance of communal work in the earliest days of the Maya.

“There has always been debate over whether Olmec civilization led to the development of the Maya civilization or if the Maya developed independently,” said Professor Inomata. “So, our study focuses on a key area between the two.”

During the time that Aguada Fénix was constructed, there was a gap in power that followed the decline of San Lorenzo and preceded the rise of another Olmec center, La Venta.

Aguada Fénix was built on a large plateau and consists of nine large causeways, indicating that it was built for use by many people, explained Professor Inomata.

“During later periods, there were powerful rulers and administrative systems in which the people were ordered to do the work. But this site is much earlier, and we don’t see the evidence of the presence of powerful elites. We think that it’s more the result of communal work.”

The fact that monumental sites were erected when Mayan society had more social equality sheds a new light on the cooperation that went into the construction of Aguada Fénix.

“It’s not just hierarchical social organization with the elite that makes monuments like this possible,” said Professor Inomata. “This kind of understanding gives us important implications about human capability, and the potential of human groups. You may not necessarily need a well-organized government to carry out these kinds of huge projects. People can work together to achieve amazing results.”