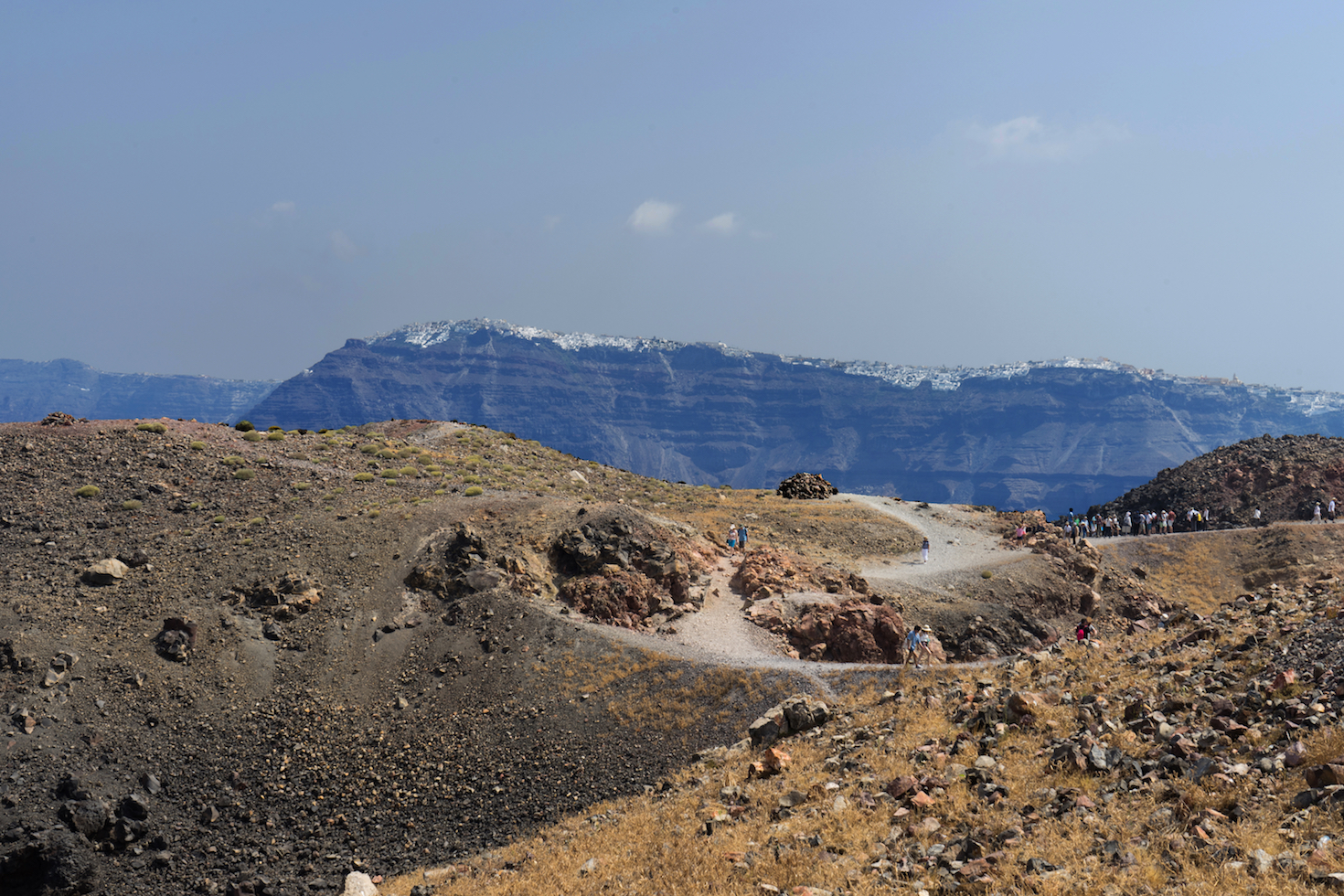 Radiocarbon dating of an ancient olive branch found on the island of Santorini, home of one of the largest volcanic eruptions in human history, has shed new insight on the date of the eruption.

It turns out that the Minoan eruption, which completely devastated cities along the Mediterranean and triggered a tsunami that legend has it drowned Atlantis, occurred a century earlier than previously realized.

Previous dating of the Minoan eruption on the Island of Terea (now Santorini) placed the event during 1,500 BCE, according to the Daily Mail.

However, researchers from the Weizmann Institute of Science in Israel examined a piece of charred olive wood and compared it to more current samples of olive wood to better understand how olive trees age.

The results of the new study were published in the journal Scientific Reports and show that the eruption likely occurred between 1,627 and 1,600 BCE.

It’s commonly known that trees develop rings in their trunk and these rings can be used to date the trees’ age. It was assumed that olive trees worked in much the same way, however as the study found, this is not the case.

Olive wood is abundant throughout the archaeological record and so it as an excellent aid for dating events and artifacts in the Mediterranean.

For this study, the researchers compared 20 samples of olive wood taken from a living tree and 11 samples from a tree that had been cut down in 2013 to pieces of ancient olive wood that was discovered in fragments of volcanic rock.

By examining both ancient and modern olive wood, the researchers discovered that olive wood doesn’t form rings in the same consistent way that other trees do.

The researchers used radiocarbon dating to better date the trees and found that the ancient olive branch was buried under volcanic debris much earlier than previously thought.

“The outermost rings of an olive branch buried during the Santorini volcanic eruption is regarded as crucial evidence for the date of this cataclysmic event,” the researchers told the Daily Mail.

“In both cases, we show that radiocarbon dates of the last formed wood along the circumference are not chronologically homogenous, and can differ by up to a few decades. Thus the outermost wood layer does not necessarily represent the date of the last year of growth.”

Now researchers have a better idea of when the Minoan eruption occured and based on the study’s findings, the event occurred decades earlier than previous estimates.