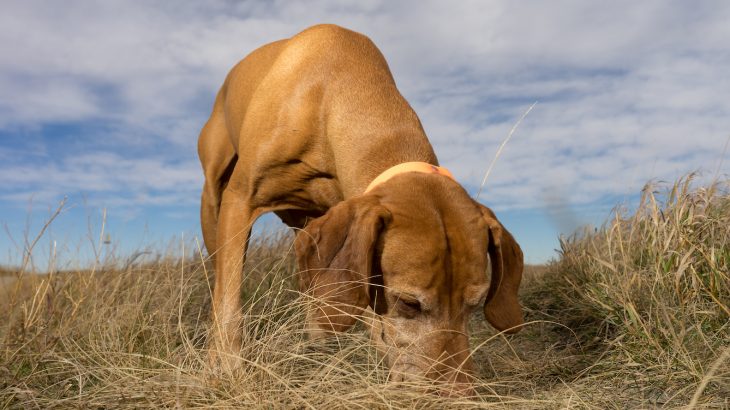 M-44 devices, often known as “cyanide bombs,” are a controversial tool used by government officials to control predation on livestock and endangered species. These tools are placed into the ground near areas where coyotes, foxes and other predator species roam. When the device is set off by passing wildlife, it sprays sodium cyanide, killing the predator.

Environmentalists and animal advocates have long called for the end of their use. With the recent ban on the use of M-44s for predator control in Oregon, groups are one step closer to this goal.

M-44s have been used by the elusive Wildlife Services within the U.S. Department of Agriculture beginning in the late 1960s. Their use was suspended by the U.S. Environmental Protection Agency in 1972 before being allowed again in 1975.

M-44s are often criticized for being indiscriminate killers that cause undue pain and suffering to its victims. In 2017 alone, Wildlife Services killed 2.3 million animals, including non-target and domesticated species. 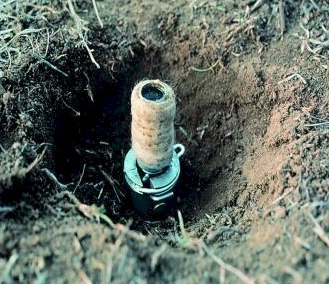 The devices not only pose a threat to animals but humans as well. In March 2017, a boy and his pet dog made national news when they encountered a M-44 device just 350 yards from their Idaho home. The boy had noticed the device, which looks like a pipe or water sprinkler, and tried to pick it up. The device then sprayed sodium cyanide onto the boy and his dog. The boy survived the incident but suffered from nausea and headaches. The family dog died in front of the young boy.

That’s one of the problems with the devices. To the untrained eye, M-44s look unassuming. Without proper signage, a person could easily accidentally set the device off. Even with displayed warnings, domesticated dogs risk setting the device off.

The agency mandates that warning signs are placed in all areas containing M-44 devices. Yet, the nonprofit group Predator Defense says they have repeatedly found a lack of warning signs in their investigations.

According to a U.S. Department of Agriculture document, “Wildlife Services certified applicators cannot place M-44s within 0.5 mile of occupied residences. A variance reducing that distance to 0.25 mile may be approved in instances where features of the property and landscape are such that potential for human or pet exposure to an M-44 is not probable. Wildlife Services notifies residents within 0.5 mile of M-44 locations.”

The family affected by the M-44 device in March 2017 say that they were never notified by Wildlife Services about the placement of the device.

Wildlife Services has been scrutinized for other shortcomings including the covering up of non-target killings.

An investigation by the Sacramento Bee details an incident where an employee found a deceased golden eagle, a federally protected species, caught in a neck snare. The employee called his supervisor who then informed him to “go get a shovel and bury it and don’t say nothing to anybody.”

Environmentalists and animal advocates warn that Wildlife Services has been operating with little oversight for years.

The ban on M-44s in Oregon is an important step towards ending the use of the devices and reining in Wildlife Services. The bill passed with almost unanimous support and environmentalists hope the passage will encourage the 13 other states that currently use M-44s to ban their use.

At the federal level, attempts have been made to ban M-44s. In 2017, Representative Peter DeFazio introduced legislation to ban the use of sodium cyanide and Compound 1080 for predator control. Although the bill did not pass, similar legislation has since been reintroduced.

Also in 2017, the U.S. Environmental Protection Agency denied a petition to cancel the registrations of M-44s.

Despite the lack of governmental action, there is growing opposition to M-44s among the public. A recent analysis of public comments received by the U.S. Environmental Protection Agency on a proposal to renew M-44 device registrations found that over 99.9% of the 22,400 commenters supported a ban on the devices.

“It is far past time to eliminate these cruel killing devices altogether,” said Kelly Nokes, Shared Earth wildlife attorney for the Western Environmental Law Center in a press release. “M-44s are an inhumane relic of the past and an unnecessary safety risk that have no place on our public landscape in 2019.”