Roots of the Anthropocene can be traced in tropical forests • Earth.com 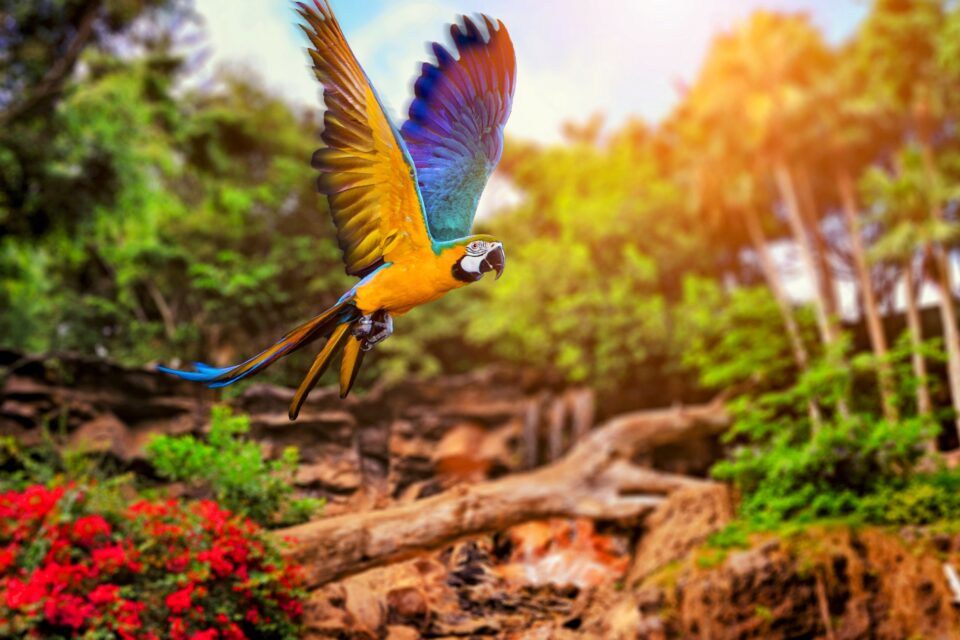 Roots of the Anthropocene can be traced in tropical forests

The current geological age, during which human activity has taken over as the dominant influence on the environment and climate, is unofficially known as the Anthropocene. When looking at how humans have reshaped our planet, some of the biggest disturbances can be found among Earth’s tropical forests.

In a new series of articles edited by researchers from the Max Planck Institute for the Science of Human History and the Smithsonian Research Institute, a multidisciplinary group of experts describes how deep roots of the human-dominated Anthropocene can be traced in tropical forests.

Patrick Roberts is one of the editors of the special feature. He explained that human alteration of tropical forests is probably not just a recent phenomenon.

“Although tropical forests are often seen as pristine ‘wildernesses’ prior to industrial activities, we now know that hunter-gatherers, food producers, and even city-dwellers have inhabited – and modified – these environments for a long, long time,” said Roberts.

“Given that these habitats are embedded in a variety of Earth systems, this opens up the potential to find very early roots for the Anthropocene.”

Tropical forests provide habitats for more than half of the planet’s biodiversity, generate large amounts of rainfall, and store massive amounts of carbon. The disturbance of these natural ecosystems by human activities can trigger a cascading series of climate changes.

“The papers in this volume investigate a variety of human-forest interactions, including the exploitation of giant bird eggs in New Guinea, the impacts of paddy rice agriculture on ancient, threatened conifers in southeastern China, and a comparison of tropical urban life in the Classic Maya world and Greater Angkor,” explained feature co-editor Rebecca Hamilton.

Looking at the origins of the Anthropocene in the tropics is not just important for protecting biodiversity, but also for exposing how Indigenous groups have been marginalized.

“Indigenous populations of tropical regions have often been the most marginalized in recent human history. This collection shows that it is high time to recognize the long-term significance of traditional Indigenous land management in the tropics,” said Hamilton.

“The term the ‘Anthropocene’ can suggest that our current sustainability plight was caused equally by all human societies and, in turn, impacts them all equally. However, contributors to this volume show that, particularly over the last 500 years, it has been an unequal and often-imbalanced process,” said Roberts.

Overall, the researchers hope that the papers of this special feature will encourage further engagement of policy makers and ecologists with Indigenous groups and scholars from the palaeo- and social sciences.

“In this way, we have the best chance of developing more fair, sustainable, and resilient futures for human-environment interactions in these critical, often misunderstood, environments,” concluded Roberts.