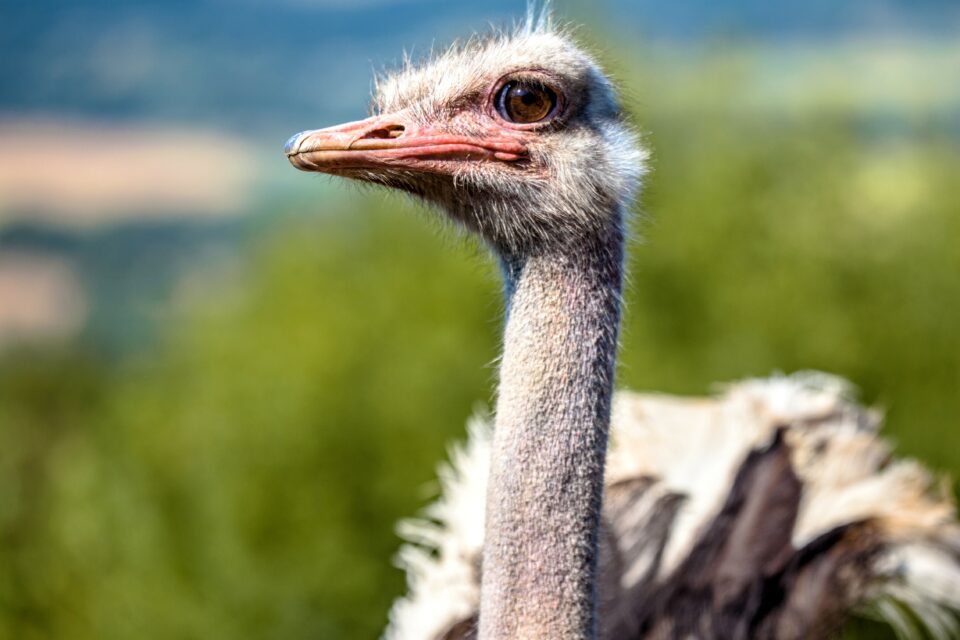 Ostriches may provide new clues about heat tolerance in animals

Ostriches (Struthio camelus) are found in Africa, in a range of biomes that includes deserts, savannas and shrublands. They survive successfully in habitats that experience extreme fluctuations in temperature, from around -5oC in winter, to over 45oC in summer. Because of this ability to cope with large thermal fluctuations, they have been identified as a potentially useful candidate species in which to investigate the genetic basis for tolerance to heat and cold.

Aarhus University in Denmark has just announced the award of €1.5 million from the European Research Foundation to postdoctoral student Mads Fristrup Schou, to enable him to establish a research group at the Department of Biology for the purpose of investigating how ostriches cope with thermal fluctuations. Schou is currently at the University of Lund, Sweden, and has done previous research on ostrich fertility responses to temperature changes at an ostrich breeding farm in South Africa.

Ostriches are good subjects for research on the evolution of animal tolerance to hot and cold because the adults are so large while the chicks start off rather small. Body size is an important factor in understanding the impact of temperature extremes. Small bodies have a larger surface area to body volume ratio, meaning that they lose heat more quickly. This implies that a small-bodied chick will be more sensitive to cold, but more able to resist extreme heat. Adult ostriches, on the other hand, have a smaller surface area relative to body volume and will be more tolerant of cold but less able to cope with extreme heat.

A newly hatched ostrich chick weighs just under one percent of the weight of an adult, in comparison to a new-born human baby that weighs on average 3-5 percent of what an average adult weighs. In coping with extreme temperature ranges, both adult ostriches and their chicks must be able to survive these conditions, or their populations will be in jeopardy. Schou plans to find out how they do this.

”This project will give us an understanding of how large animals adapt to temperature fluctuations and the life stages that set the limits for this adaptation,” said Schou. “As things stand, we don’t know whether heat and cold tolerance are genetically linked. A negative correlation would mean that genes which increase cold tolerance in young individuals reduce heat tolerance in adults. If so, there would be a heat-cold trade-off across the life stages. What life-stage should a species then prioritize when evolving to persist in even greater fluctuations?”

As climate change leads to a future characterized by less predictable environmental conditions, it is important to understand how animals cope with temperature fluctuations. Increased thermal tolerance will probably be key to the survival of many animal species in future, and thus this research on ostriches is likely to provide important answers to questions that have never been more relevant.