Otters can count on their friends to gain access to food • Earth.com 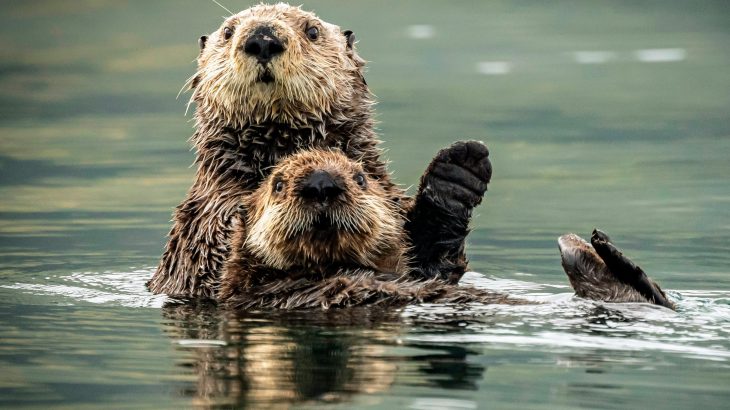 Otters can count on their friends to gain access to food

Otters can teach each other how to perform tasks, according to a new study from the University of Exeter. The researchers found that Asian short-clawed otters learned how to solve puzzles to gain access to food by observing their friends.

The experts designed an experiment in which transparent containers were baited with meatballs. The containers could be opened by twisting or pulling a particular lid or handle.

The otters were introduced to each puzzle twice – several months apart. The study revealed that otters could solve the puzzles an average of 69 percent faster the second time, which indicates they have the capacity for long-term memory.

The research also produced evidence of social learning. When one otter solved a puzzle, the individuals they were close friends with quickly figured out the puzzle too.

“Asian short-clawed otters are declining in the wild, partly due to overfishing and pollution affecting the crustaceans and small fish they feed on,” said study lead author Alex Saliveros.

“With that in mind, we wanted to understand more about how they learn and remember information about new food sources.”

Saliveros noted that being able to catch new prey in new ways, and to pass on that knowledge, could be important to the otters in terms of conservation.

“Our study is the first to show evidence of social learning and long-term memory in Asian short-clawed otters – which may be good news in terms of their adaptability and future survival.”

Before presenting the otters with puzzles, the team analyzed the social networks and documented which otters spent more time together. This allowed the researchers to examine how problem-solving techniques passed through the otter groups.

“We previously found that smooth-coated otters learn from each other,” said study senior author Dr. Neeltje Boogert. “Now that we know Asian short-clawed otters do so as well, we can start investigating how we might transmit critical survival information regarding new foods and predators through wild otter groups more generally.”