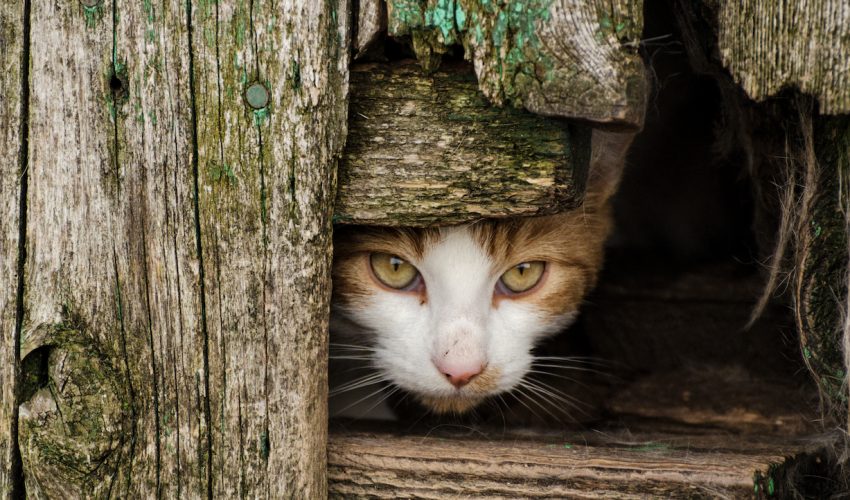 Cats, by some estimates, have been our commensals for 9,500 years, though more conservative estimates place the length of our relationship at closer to 4,000 years. Since the first wildcats were drawn to grain stores in search of rodents, and were consequently tolerated and even venerated, they have dispersed, along with our own species, across the globe.

In both domestic and feral form, cats inhabit most of the world, from subarctic to subantarctic. Though they have inarguably provided our species with valuable services as rodent controllers and companions, in recent years, a heated debate has broken out between feline allies and conservationists over the place of cats in the current ecological landscape.

An enormous body of literature backs the notion that cats have almost exclusively detrimental effects on the outdoor environments they inhabit. They decimate wildlife through both hunting and the spread of disease. And, further, their own lifespans are substantially shortened by al fresco existence. Nonetheless, even in the Western world, many still persist in believing that outdoor cats, whether domestic or feral, have negligible impacts on wildlife and that they in fact require time outdoors to be happy.

Even in light of the profound love shown by humans to Felis domesticus—your humble writer included—this myth is surprisingly resilient given the nearly overwhelming evidence contravening it. Enough ink has been spilled on the subject to dye all the world’s cats black. The New York Times, prestigious scientific journals, the corridors of social media…all regularly feature studies and anecdotal reports of the havoc wreaked by cats.

There may be as many as 120 million feral cats in the United States. Add to that the probable 30 million owned cats who are allowed outside and you have a recipe for catastrophe, both for the animals themselves and their prey. A 2013 study by the Smithsonian Conservation Biology Institute and the U.S. Fish and Wildlife Service estimated that these stray felines may be responsible for the deaths of some 1.3 to 4.0 billion birds and 6.3 to 22.3 billion mammals each year. Another 2013 study found that there were up to 4.2 million feral cats in Canada and that they may be responsible for the deaths of as many as 350 million birds each year. And a 2017 study at Charles Darwin University suggested that the 2.1 to 6.3 million ferals in Australia kill up to 377 million birds a year in Australia. The IUCN has dubbed Felis domesticus one of the 100 worst invasive species.

Noticing a pattern yet? While the estimates of populations and their kill rates vary due to research methodologies and study locations, it’s clear that this is a very damaging trend.

Cats are a particularly pernicious problem in island environments, where animals such as seabirds breed and where residents may not have adapted to the presence of predators and thus serve as easy pickings. Similar effects are noted in other environments with few, if any, apex predators, either naturally or due to extirpation. Hence, the problem in places like the U.S. and Australia, where large predators are absent from all but a few protected areas.

With no larger predators to control them, cat populations explode and decimate prey species. And they don’t just target birds and mammals, though those are their preferred prey. Reptiles, amphibians, and even insects and fish are on the menu as well. Cats may even prefer native species in some environments, puncturing the long-held notion that they provided an environmental service by targeting other invasives such as house mice and brown rats.

A 2007 University of Sheffield study demonstrated that the effects are not limited to predation. The presence of cats also stresses breeding birds and diminishes the likelihood of fledgling healthy young. And the spread of diseases like rabies, feline leukemia, distemper, and Toxoplasma gondii has affected species as diverse as otters, seals, and Florida panthers.

And yet: bizarrely, even some wildlife scientists are convinced that their moggies are owed time to roam, per a Washington Post survey from 2016. Worse still than pet cats allowed to patrol their neighborhoods are wholly or partially feral cats, who often have no choice but to subsist on the prey available to them. Ultimately, it may not make much difference whether the cat in question is feral or domestic: even if well fed, cats kill for fun.

In the face of this, the rancor expressed by advocates of letting cats roam is somewhat surprising, particularly in regards to companion animals. The solution to the havoc wreaked by those animals is simple and widely agreed upon by animal advocacy organizations and conservationists alike: keep your cat indoors (or only allow him or her outside under supervision). Period.

Stickier is the problem of feral cats. Though cases have been made for trap-neuter-return (TNR) programs, in which cats that are temperamentally unsuited to adoption are neutered and returned to managed colonies, these programs have come under fire as well. Though the principle suggests that such programs keep feral colonies from growing, in many cases, too few cats are sterilized to have a significant effect. Reproduction of the remaining fertile cats often makes up for the reductions in short order and new, unfixed cats will always join the colonies and amplify this effect. One intriguing study suggests that performing vasectomies and hysterectomies on ferals, leaving their gonads intact, rather than removing them as is typical in spaying and neutering, might have a suppressive effect on breeding.

Culling programs have understandably raised the most ire among advocates for cats. Australia plans to cull some 2 million by 2020 and New Zealand aims to eliminate all ferals by 2050 as part of its plan to rid the country of invasives, which have driven numerous species to the brink of extinction. Hunting, trapping, and even laser-powered poison applicators have all been suggested as means of reducing the numbers of ferals. While this is less than ideal, and raises ethical questions regarding human obligations to our commensal species, advocates of such measures underscore their necessity. Unchecked, feral cat numbers may drive more species to extinction. They have already been implicated in the disappearance of some 33 types of animal.

Nonetheless, as evidenced by sites like Vox Felina, which counters research on the effects of ferals, advocates for cats aren’t giving up and the tension between our obligations to wild species and our feline friends is unlikely to resolve any time soon.