Oxygen may have come from ancient rocks of early Earth • Earth.com 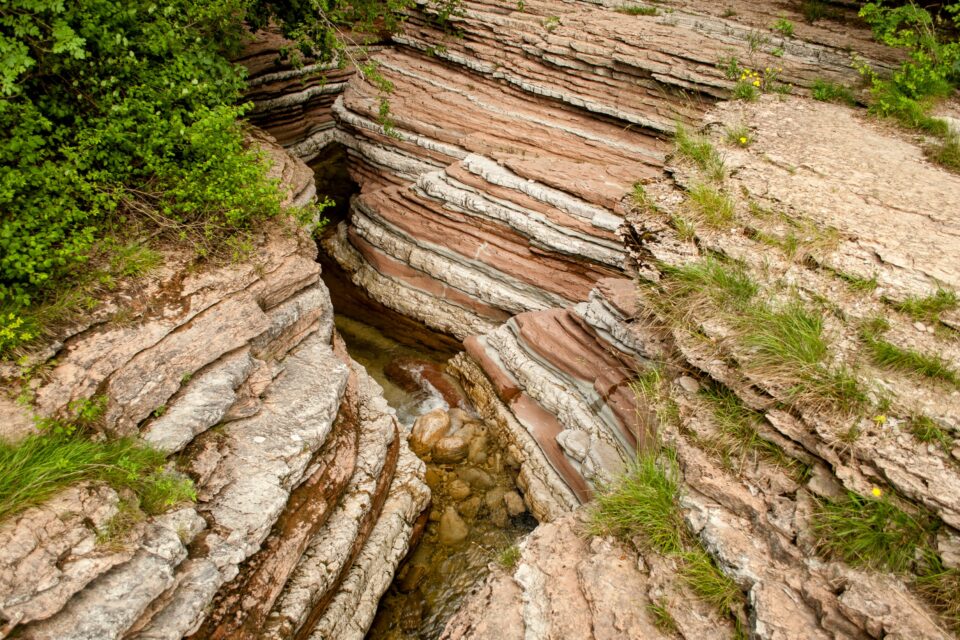 Single-celled organisms were around on Earth long before plants began to enrich the atmosphere with oxygen. While the origin of photosynthetic activity is dated at 3,5 billion years ago, the earliest fossils show that single-celled life was around 500 million years earlier than that. So how were the earliest living organisms getting their oxygen supply?

Most organisms today use oxygen as a crucial electron acceptor in respiration, the process whereby energy is released from food molecules. Some prokaryotes (bacteria and archaea) can use sulfate (SO42-) as the final electron acceptor, while others can use nitrate (NO3–), carbon dioxide (CO2) or a variety of other molecules. However, none of these systems is as efficient in terms of energy production as aerobic respiration using oxygen.

It is more likely that single-celled organisms on early Earth could use oxygen when it became available – which wasn’t very often, considering there were no plants at that time. Research by scientists at Newcastle University has now uncovered an alternate source of oxygen in the Earth’s crust that may have been more important than previously thought and may even have influenced the evolution of early life before the advent of photosynthesis.

The scientists have proposed that hydrogen peroxide (H2O2), generated from crushed silicate rock during tectonic activity, may have acted as an electron acceptor during respiration, and that its chemical activity would also have generated molecular oxygen (O2). The research, published in the journal Nature Communications, shows that under oxygen-free conditions, high concentrations of H2O2 can be released from defects on crushed silicate rocks when water is added and heated to temperatures close to boiling point.

While hydrogen peroxide can kill cells and be harmful to life, it can also provide a useful source of oxygen to microbes. The scientists identify a mechanism whereby water passing over freshly faulted or crushed rock surfaces in tectonically active regions, could give rise to significant quantities of H2O2. Movement of the Earth’s crust not only generates earthquakes but riddles the subsurface with cracks and fractures lined with newly-exposed, highly reactive rock surfaces. Add to this an elevated temperature and the conditions are perfect for generating H2O2.

In the laboratory, study lead author Jordan Stone simulated these conditions by crushing granite, basalt and peridotite – rock types that would have been present in the early Earth’s crust. These were then added to water under well controlled, oxygen-free conditions at varying temperatures. The experiments showed that substantial amounts of hydrogen peroxide – and as a result, potentially oxygen – were only generated at temperatures close to the boiling point of water.

Interestingly, these conditions for the formation of hydrogen peroxide (and oxygen) are exactly those that suit some of the most heat-loving microbes on Earth, the hyperthermophiles. Some of these remarkable bacteria and archaea are similar to ancient oxygen-using microbes that were around in the early days before the advent of photosynthesis. Today they are typically found in deep-sea hydrothermal vents, such as the Mariana Trench.

In recent genetic studies tracing the common genes found in today’s archaea and bacteria back to a putative Last Universal Common Ancestor (LUCA), researchers have concluded that the LUCA was indeed a thermophile or hyperthermophile that was autotrophic (fixed its own CO2), and dependent on hydrogen (H2). Moreover, the LUCA’s inferred genome contains genes for cycling of H2O2 and O2, which is pretty strange since the Archaean ocean waters would have contained only miniscule amounts of these substances.

The authors suggest that these genes were required by a hyperthermophilic LUCA to deal with, and potentially make energetic use of, the H2O2 and O2 produced from the reaction of exposed or crushed rock with water during the stressing and fracturing of the Earth’s early crust. The generation of oxygen under these circumstances may even have influenced early evolution, and feasibly even origin, of life in hot environments on Earth, prior to the evolution of photosynthesis.

“While previous research has suggested that small amounts of hydrogen peroxide and other oxidants can be formed by stressing or crushing of rocks in the absence of oxygen, this is the first study to show the vital importance of hot temperatures in maximizing hydrogen peroxide generation,” said Stone.

“This research shows that defects on crushed rock and minerals can behave very differently to how you would expect more ‘perfect’ mineral surfaces to react,” said Dr. Jon Telling, the study’s principal Investigator. “All these mechanochemical reactions need to generate hydrogen peroxide, and therefore oxygen, is water, crushed rocks, and high temperatures, which were all present on the early Earth before the evolution of photosynthesis and which could have influenced the chemistry and microbiology in hot, seismically active regions where life may have first evolved.”