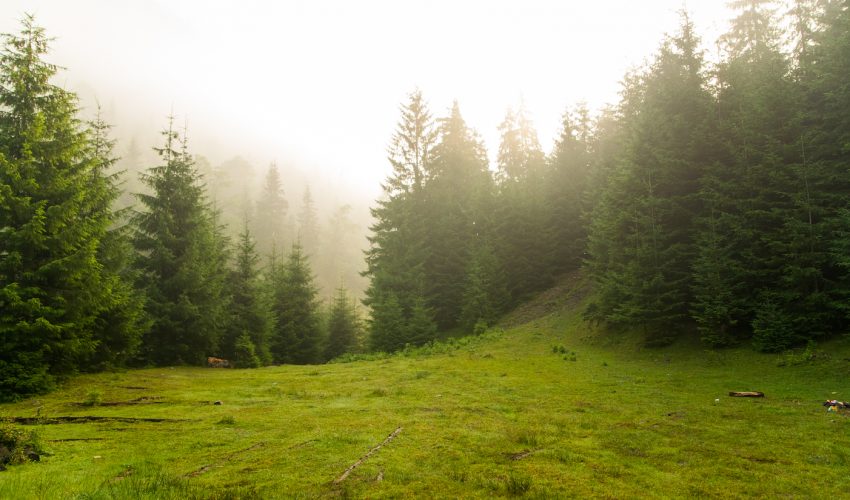 When pine trees are exposed to extreme levels of ultraviolet radiation, they become temporarily sterile. This has led scientists to believe that ozone depletion was a primary contributor to the biggest mass extinction in Earth’s history at the end of the Permian Period 252 million years ago.

University of California, Berkeley, graduate student Jeffrey Benca exposed 18-inch-tall pine trees to a level of ultraviolet radiation similar to what would have followed the massive volcano eruptions that occurred at the end of the Permian Period.

Over the course of two months, all of the pine cones shriveled up within days of emerging and the trees became sterile. After the trees were moved outside, they were able to bounce back years later and produce healthy pine cones.

Scientists believe periodic volcanic eruptions that continued for over a million years and the subsequent ozone depletion could have been the driving force behind the Permian-Triassic extinction, but exactly how the event unfolded remains a mystery. While there would have been acid rain on a local level, this alone could not have wiped out nearly 70 percent of all land animals and 95 percent of the planet’s marine life.

“During the end-Permian crisis, the forests may have disappeared in part or fully because of increased UV exposure,” said Benca. “With pulses of volcanic eruptions happening, we would expect pulsed ozone shield weakening, which may have led to forest declines previously observed in the fossil record.”

Benca explained that, even though the plants survived, the massive levels of radiation would have had a damaging effect on plant growth and reproduction. This could have destabilized the base of the food web, which would  have a devastating impact on animals.

“Paleontologists have come up with various kill scenarios for mass extinctions, but plant life may not be affected by dying suddenly as much as through interrupting one part of the life cycle, such as reproduction, over a long period of time, causing the population to dwindle and potentially disappear,” said study co-author Cindy Looy.

Co-author Ivo Duijnstee said that Benca’s theory of what happened during the end of the Permian Period is a great illustration of how extinction unfolds slowly, over tens or hundreds of thousands of years.

“Global biodiversity catastrophes are not about death but about the pruning of evolutionary branches on the tree of life at a rate much higher than the sprouting of new shoots,” said Duijnstee.

The findings of the study suggest that caution must be taken when introducing new industrial chemicals that could be harmful to the ozone.

The study is published in the online journal Science Advances.