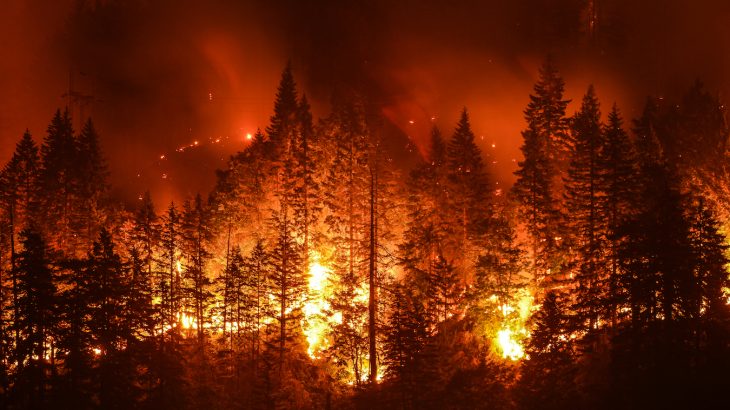 Every year, global fires release two billion tons of carbon into the atmosphere, along with other pollutants including ozone (O3) and aerosols such as fine particulate matter (PM2.5). A new investigation into the ecological consequences of fire air pollution has revealed that fires also have an impact on the photosynthesis of unburned forests, altering the land carbon budget.

Rising levels of ozone and aerosols have the opposite influence on plant health. While ozone is phytotoxic and reduces plant photosynthesis, aerosols can promote photosynthesis by enhancing diffuse radiation. The research team set out to estimate the net impacts of these pollutants on gross primary productivity (GPP), which represents the total photosynthesis of forests.

The experts combined three state-of-the-art models and a full set of observations from ground sites, satellites, and literature. The study revealed that the net impact of fire air pollution is dominated by ozone, leaving an overall reduction of 0.6 percent in annual production.

On a regional scale, fire air pollution causes even more damage to forest productivity. For example, the 2006 large fire in Indonesia reduced the local GPP by 3.6 percent.

In regions where there is already a high level of ozone from human activities, such as in eastern China or the United States, it only takes a small fire to have a substantial effect. Across these areas, just a minor increase in ozone can cause a notable decline in GPP.

“Such negative impacts may exacerbate in the future as fire activities are expected to escalate in a warming climate,” said study first author Xu Yue, who is a professor at the Institute of Atmospheric Physics, Chinese Academy of Sciences.

The research introduces a missing pathway of fire impacts on the global carbon cycle. The decline in ecosystem productivity not only occurs in the vicinity of the fire, but also in regions located downwind of the fire.