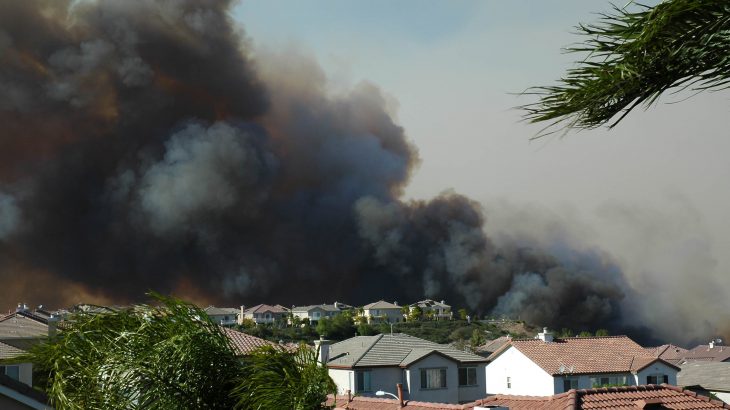 The recent string of massive wildfires in the western United States might have made people more hesitant to buy homes in high-risk areas, but a new study has found that this is not the case.

Wildfires across the US have been increasingly devastating due to a combination of climate change and an increase in urban expansion into more wildfire-prone areas, prompting more evacuations and rescues than in previous years.

Researchers from the University of Las Vegas Nevada set out to see how much wildfire risk impacts housing development and the real estate market.

The study, published in the Journal of Environmental Economics and Management, shows that housing prices drop immediately after a wildfire but soon increase over the following years.

It’s both a blessing and a curse, according to the lead author Shawn McCoy. The research shows that people are more and more motivated these days to settle into high-risk fire areas, finding the benefits that come with beautiful views and isolation worth the risk.

Residential growth into previously isolated forested areas known at Wildland-Urban Interface (WUI) increased from 30 million housing units in 1990 to 43.4 by 2010.

“To the extent that homeowners value the environmental amenities in these high-risk areas,” McCoy said, “if the market participants systematically underestimate the likelihood of a fire, we may observe inefficiently increased rates of housing development in forested areas, as well as a potential decrease in the willingness among existing homeowners to take the steps needed to prevent fire from impacting their homes.”

McCoy along with Randy Walsh, a co-author of the study from the University of Pittsburgh, reviewed real estate data collected from 360,00 properties in Colorado that had been impacted by wildfires between 2000 and 2012.

The two then used statistical techniques to compare real estate prices before and after wildfires in homes that were located either outside or within high-risk wildfire zones.

Using 3D modeling, the researchers were able to model their findings and show exactly how wildfire-risk influences real-estate and housing development in high-risk areas.

“This modeling strategy allows us to use real estate markets as a lens to draw inferences regarding the underlying linkages between fire and fire risk perception at a very fine geographic and temporal scale,” said McCoy. “If a recent fire has the effect of inducing a significant change in the salience of fire risk, this will ultimately be reflected by a decrease in the demand for homes in fire risk areas.”

No matter how much damage wildfires cause, no amount of media coverage or facts about wildfire risk will sway homeowners in WUI areas.

What’s more, the rise and fall pattern in real estate prices after a fire shows that any initial concerns about fire risks fade over time.

“Despite an initial drop in real estate prices in risk-prone areas, the results of our study suggest that homebuyers’ initial fears about fire risk will fade, and development in risk areas may continue to increase,” said McCoy.